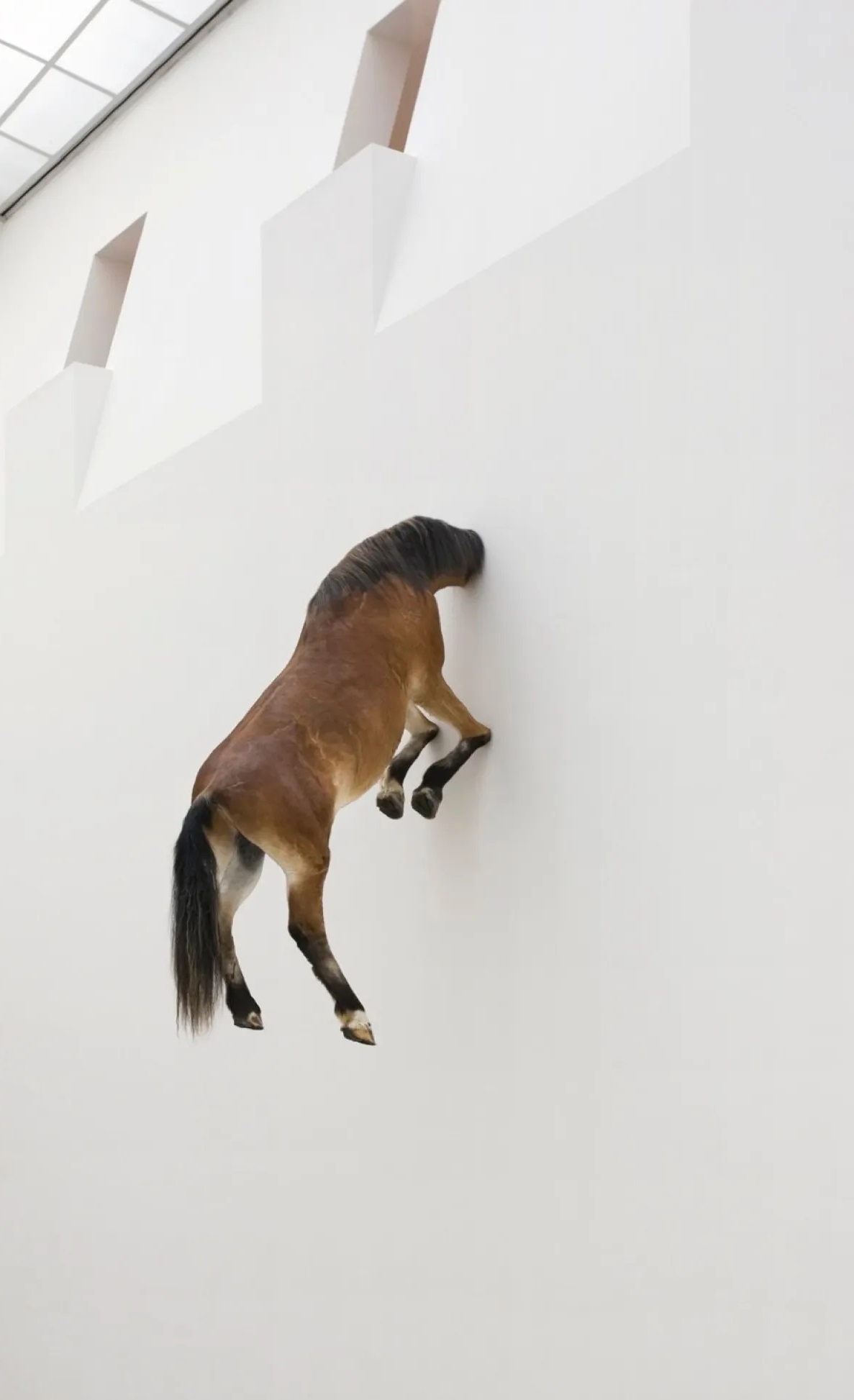 Lascaux cave paintings or Egyptian statues of aristocratically-faced cats are proof that animals made themselves at home in the world of art a long time ago. And we don’t even have to look back so far in time, as contemporary art is full of some truly interesting representations that we can’t wait to walk you through.

Let’s start with an artist inspired by Albrecht Dürer’s watercolor Young Hare. Ottmar Hörl, mentioned in our article on the Lady with an Ermine, created in 2003 an impressive installation in Nuremberg consisting of 7,000 figurines of green hares entitled Large Piece of Hare. In 2014, he went on to create the giant sculpture of a pink bunny which ended up next to the Albertina Museum in Vienna that houses Dürer’s Young Hare. Talk about full circle!

One animal that our list can’t do without is, of course, the cat. It would be impossible to try and name all the feline protagonists of paintings and sculptures appearing throughout history, so instead we’ll focus on just two examples, which are nonetheless radically different. The first is the work of the Japanese painter Tsuguharu Foujita, who simply adored cats. Because of that, he painted them delicately and with real tenderness. A completely different approach to cats can be found in the lesser-known painting by Pablo Picasso, in which the animal holds in its mouth, in a predator-like pose with claws wide open, a freshly hunted bird!

Speaking of predators, it’s a smooth transition from there to Damien Hirst. His challengingly-titled The Physical Impossibility of Death in the Mind of Someone Living shows an open-mouthed shark locked in a sealed aquarium. The work, created in 1991, caused quite a sensation at the time. Stuffed animals have since entered the world of modern art for good, as evidenced by the examples we’re about to delve into now.

The artistic trajectory of the Italian Maurizio Cattelan has been full of controversies. We’ll only look at two of his works. The first shows a horse’s body hanging from the wall. In this way, the artist wanted to portray, not so much death, but a state of stagnation in which a person is too weak to make any movement whatsoever. The second work shows two Labradors with a tiny baby chick strolling between them. It is hard to say whether the dogs are about to play with it or attack it, and it’s precisely that state of suspense that was the sculpture intends to convey.

Are such installations shocking? Certainly, though people in Poland already had a chance to “get acquainted” with this type of art first-hand, thanks to Katarzyna Kozyra’s highly controversial The Pyramid of Animals displayed in 1993. The sculpture consists of a stuffed horse, on top which stand a dog, on top of which stands a cat, and then on top of them all a rooster. Even though the artist defended her work by saying that all four animals were meant to be put to sleep or killed for meat, the work ended up sparking widespread outrage regardless. Kozyra then noted that, while the work upset many, it is socially acceptable to kill animals for their skin or meat.

To avoid ending this article on such an ambiguous note, let us wrap up with some Czech humor! David Černý is an artist who likes to play by his own rules, as evidenced by his sculpture of battle-dressed Saint Wenceslas sitting on a horse that is suspended upside down. The work, adorning the ceiling of Lucerna Palace in Prague, is an obvious mockery of solemn equestrian statues. In any case, it is curious to see how distanced, from themselves and from their own history, the Czechs can be!