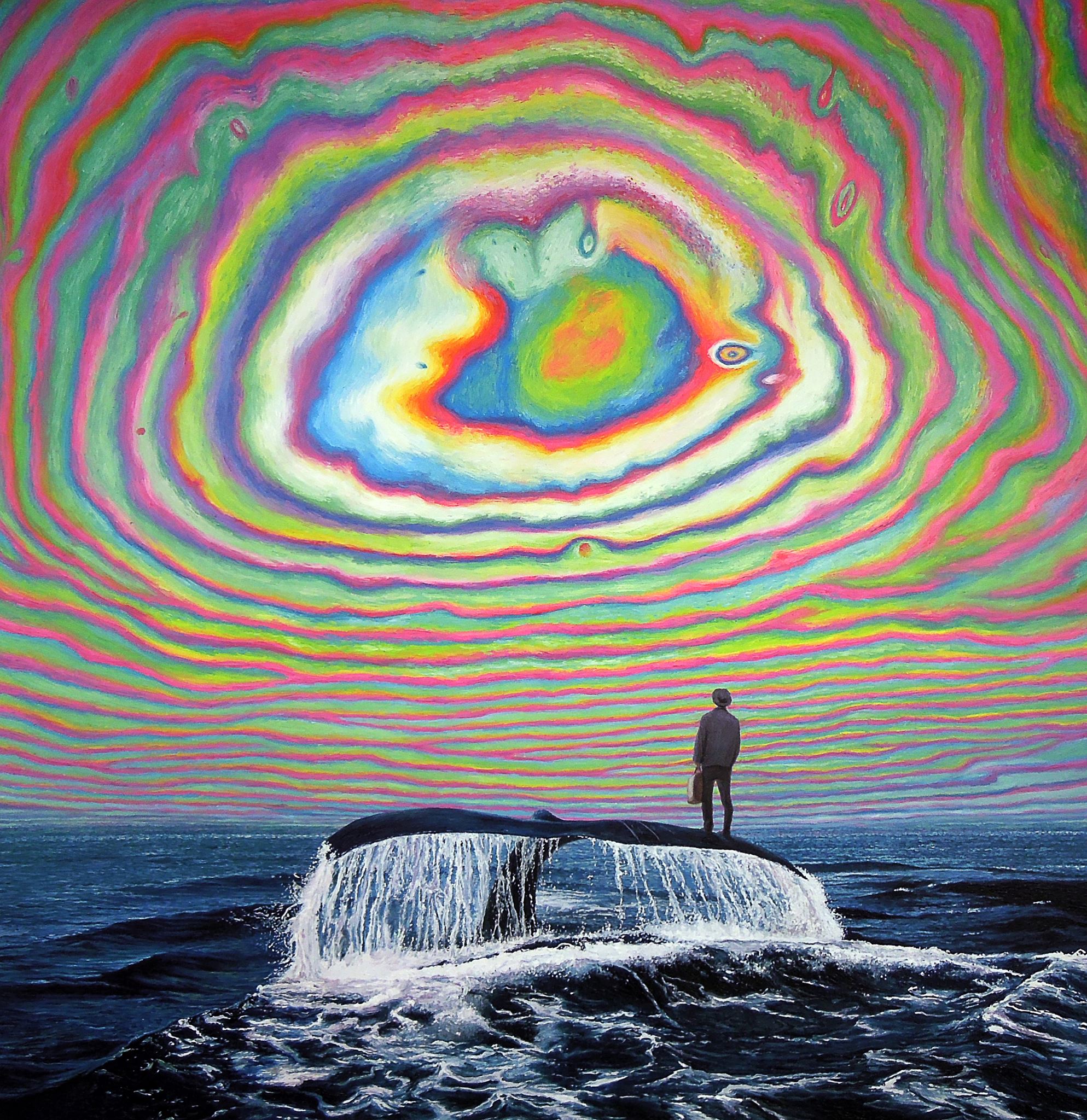 Thanks to the eccentric personality of Salvador Dali, surrealism became one of the most talked about trends in art. Experts and laymen alike could suddenly recognize the most famous of reality-detached works, the perfect example being The Persistence of Memory with its characteristic melting clocks. Importantly however, surrealism isn’t a relic of the past, but a movement that continues to develop to this day and with it a new group of artists who represent it.

Shang Chengxiang is a Chinese painter who proves that surrealism is still one of the handiest tools to show how strange and mysterious human life and mind can be. Looking at his works, we see out-of-this-world compositions in which things that feel very real and familiar coexist with objects and elements that seem completely out of place. An anatomical model under a staircase, waiting for…hard to say what, or whom. Two huge disco balls which, instead of illuminating the dancefloor, roll along a narrow corridor inside a house, heading …well, somewhere. Last but not least, a colorful cloud of smoke floating above the bed or the forest, heralding something disturbing and yet it’s difficult to guess what that something might be.

The medium for surrealism is primarily dreams and the human subconsciousness that underpins them. Dreams often hide what we don’t want to think about during the day. These may be hidden desires, latent traumas, or minor events that for some reason keep us awake at night. One of the most recognizable themes in Shang Chengxiang’s works is the colorful cloud. It appeared in the artist’s dream once while it was floating above the forest and has since been interpreted by him in many different ways. Conveniently, it is also an excellent metaphor for dreams themselves, which are elusive and short-lived, prone to changing (or even obscuring) meanings, like gasoline spilled in a puddle. We think we know what it is, or means, but the essence of it escapes us.

What is so unique about the work of Shang Chengxiang is his ability to interweave reality with fantasy. Unlike Salvador Dali, his paintings are for the most part embedded in a world that we know well. It could be a realistically depicted forest, the surface of the Moon, or a home, which is why the sudden appearance of a huge disco ball or a rainbow cloud is so surprising, leaving the viewer all the more perplexed.

How to read Chengxiang’s paintings? A good starting point is to remember that there is much more going on in our lives than we can possibly imagine. The human mind is a deep maze and few are those, who get to the bottom of it. Aren’t the things we’ve done without fully realizing why we did them, or the thoughts detached from reality that suddenly came to our mind out of nowhere, just as absurd as a colorful cloud coming out of the sheets or a disco ball rolling around someone’s house like an uninvited guest? Maybe this is a good lead to understand what this painting style is about!