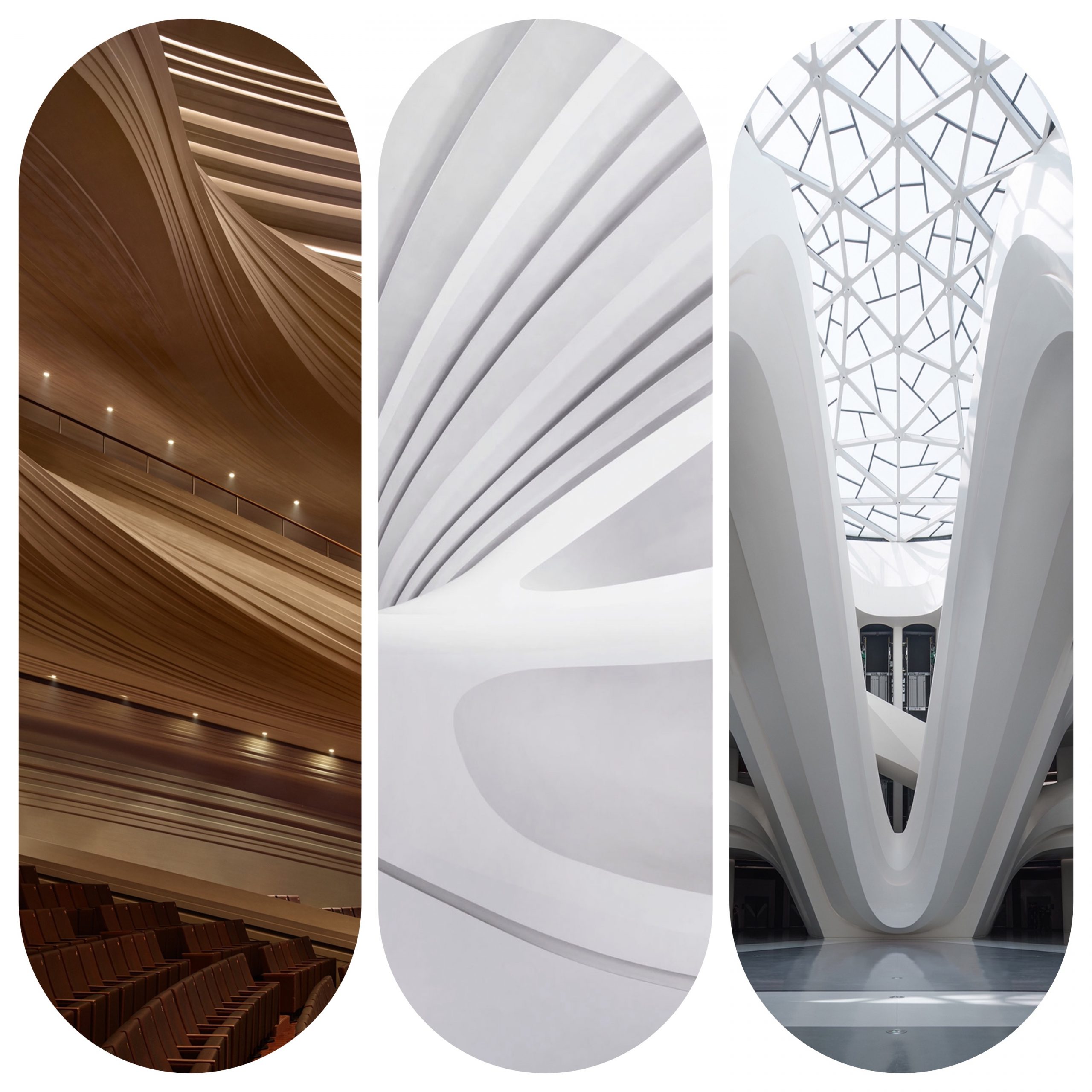 Architecture is a kingdom on which the sun never sets, and like any kingdom, it must have its queen. For almost three decades, that queen was Zaha Hadid, who proudly wore the crown in this sophisticated world and whose projects reflected an enlightened, modern and thoroughly perfect style of government.

But what was her path to power and prestige? Zaha Hadid was born in 1950, in Iraq, to a politician father and an artist mother. Her original career choice was Mathematics at the University of Beirut, but already in 1972 her focus shifted towards architecture and led her to London, where she would pursue her studies in this field. It was not a hasty decision, however, as her interest in buildings goes back to her childhood, when she would travel with her parents to see the ancient ruins of Sumerian cities.

Zaha was not just a diligent student, but also a visionary and trailblazer who wasn’t afraid to walk off the beaten path. Her bold projects almost immediately won her recognition among her college professors, who offered her a job in their Dutch office. And so the resourceful and self-confident young architect got a chance to network and hone her skills, only to found three years later, in 1980, her own office – and not just anywhere, but smack in the center of London, as befits a queen.

Throughout the 1980s, Zaha Hadid receives several awards at international competitions, but despite establishing herself as a solid brand, it doesn’t help her land more projects, most often due to the fact that her solutions are deemed too expensive. It is also during this time that Zaha finds fulfilment as a lecturer at universities in London, Cambridge, Homburg, and New York. Her big breakthrough didn’t come until 1993, when she was offered to design a depot of the Vitra factory in Weil am Rhein, Germany. This first truly significant project revealed Hadid’s unique style drawing largely from deconstructivism, that is, the dismemberment of the form, the disturbance of the structure, and the (apparent) impression of chaos.

The architect’s unique and outside-the-box designs are a play on form, structure and shape, topped with feminine finesse and futuristic chic. The message behind her works was always loud and clear: nothing is impossible, whereas her artistic vision was propelled by the existing boundaries and the desire to cross them. In her works, she did not limit herself to just buildings, but also designed interior furnishings and even luxury yachts.

Hadid’s accomplishments challenged male domination in architecture. In 2004, she was the first woman to receive the prestigious Pritzker Prize, which has been awarded since 1979 (sic!). Meanwhile, in 2012, Queen Elizabeth II herself appointer her Dame Commander of the Most Excellent Order of the British Empire. She was one of the brightest stars on the architectural panorama, which suddenly faded in 2016, leaving behind a portfolio of remarkable works, a thriving office, and an immense void.