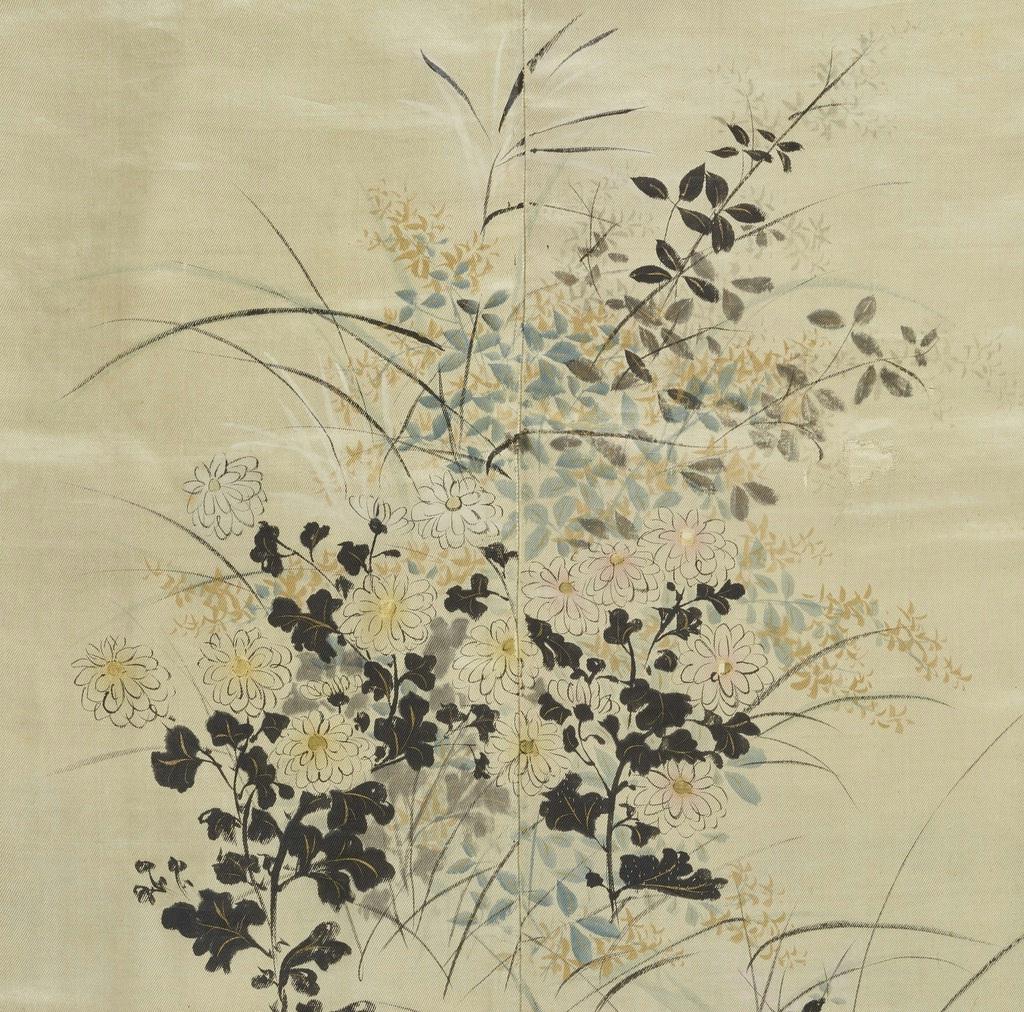 put it on a t-shirt

After months of pandemic-induced self-isolation and working from home, the SS21 runways erupted with bold colours, eye-catching prints and voluminous, dramatic silhouettes. The designers prompt us to emerge out of lockdowns expressing our individuality with painted-like patterns. High street brands collaborate with artists and institutions around the world to take our favourite pieces of art from the closed museums to the streets in a wearable form – Uniqlo’s collaboration with the Louvre, Poland’s Medicine and Banksy’s street art, and Yue Minjun’s laughing faces on Commes des Garçons’ clothing are just a few recent examples. The ties between art and fashion are close and widespread; however, if you thought that putting artworks on clothes is a recent invention you would be in the wrong. To find out why, join us on a trip to late 17th-century Edo-period Japan.

The peace, brought about by establishment of the Tokugawa shogunate in 1603, resulted in great economic growth and improved quality of life, especially for city dwellers. The wealth, newly accumulated by many merchants especially in the former imperial capital Kyoto, allowed them to enjoy the sumptuous lifestyles previously available only for people of superior social status. As a result, many became patrons and consumers of luxury goods, creating favourable conditions for the arts to flourish.

One of the new schools that enjoyed the generous support of the affluent merchants was the Rinpa movement. Unlike other traditional painting schools in Japan, which were formed by family lineages, Rinpa was created by loosely-connected individuals working over the time span of a few generations who shared similar stylistic principles, themes and artistic techniques. Rinpa was best known for their innovative designs that translated traditional Japanese motifs, such as literary themes, landscapes or flora, into bold, eye-catching compositions of highly stylized, yet life-like, motifs.

This distinct aesthetic was easily transferable from painting to other artistic media, such as ceramics, lacquer and textiles. Hand-painted, custom-made garments particularly appealed to the wealthy merchants and their wives, as they provided an opportunity for public display of one’s affluence, refined taste and generous art patronage. Indeed, clothing was an important means of social distinction in Edo Japan. So important, that in the name of maintaining social order and stability, the Tokugawa administration issued a number of strict sumptuary laws regulating consumption according to one’s social status. It won’t come as a surprise that these laws were so frequently violated, that the authorities struggled to enforce full control, especially outside the city of Edo.

By the 17th century, kosode – a one-fits-all size garment with short sleeves, constructed from straight, rectangular pieces of fabric with minimal amount of tailoring and seams – became the standard for everyday clothing for people from different social backgrounds. While similar in their basic form, kosode differed greatly in fabric and finish depending on who wore them. The simple shape of the garment provided a lot of space for elaborate decorations, which allowed the artists to treat its surface as canvas and turn it into wearable painting developing in space. Flowers, grasses and tree branches were painted on lustrous silks using the signature Rinpa techniques, namely tarashikomi (a technique where drips of colour are made on wet layer of another colour, resulting in unexpected, unique visual effects) and mokkotsu (a technique of painting without ink outlines). The graceful liveliness and illusion of dimension of floral motifs painted this way were reinforced by the movement of a person wearing the garment.

Ogata Kōrin was one of the most important Rinpa artists known to have painted kosode decoration, as evidenced by his surviving pieces and their references in Edo novels and popular literature. Although only a handful of Rinpa-painted kosode  survived, pattern books from that time reflect the widespread and long lasting popularity of their motifs and aesthetics in textile decoration. These woodblock-printed books, much like today’s magazines, provided inspiration and guidance for customers in a world of fast-changing fashion trends.

The question remains: can fashion be considered art? It is worth mentioning that some of the surviving painted kosode bear artists’ signatures and seals. Therefore, with no distinction between “fine arts” and “decorative arts” in Edo Japan, we should consider these wearable paintings of equal importance and prestige to works in other, more traditional formats.