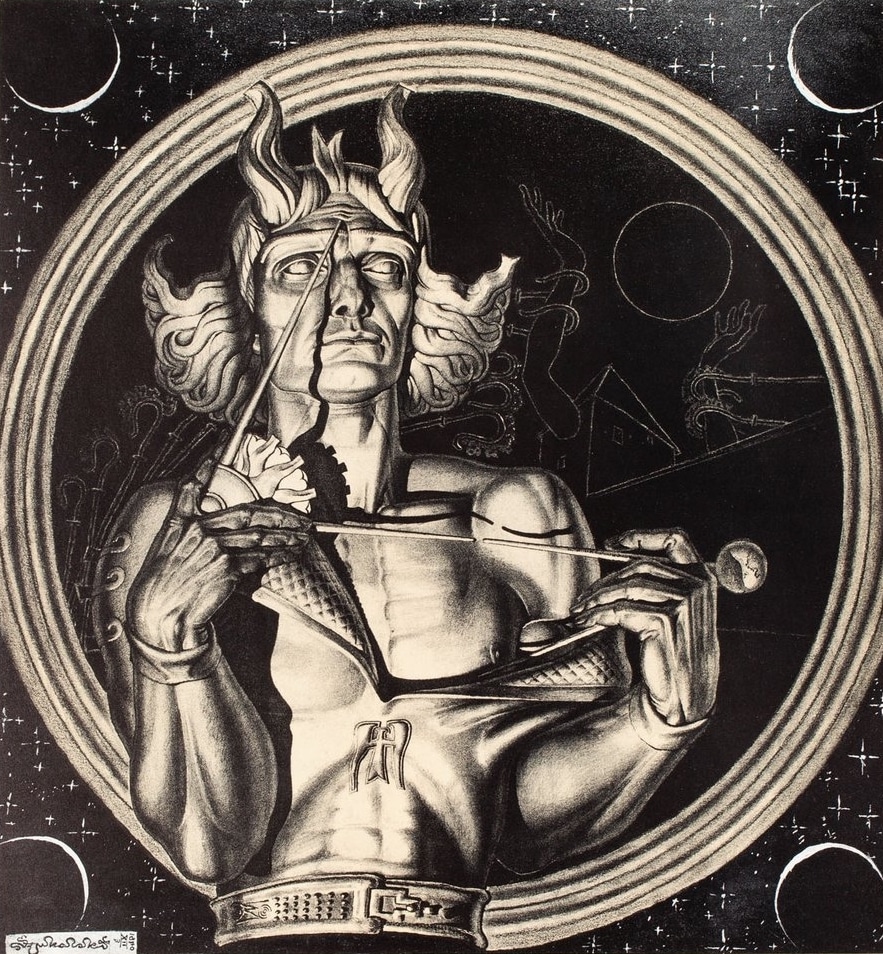 Leonardo DiCaprio and the Wawel Royal Castle. A common denominator of this mysterious juxtaposition is a controversial and long-forgotten Polish artist, namely, Stanisław Szukalski. He spent most of his life in Los Angeles, where his work was accidentally discovered in the seventies by a group of young artists, among whom was a famous actor’s father.

Stach z Warty, which is how he asked others to call him, born in 1893, sailed out to America with his family when he was ten years old. Since then, Szukalski’s life was a true rollercoaster. His sculpturing talent led him to attend the Art Institute of Chicago and to be sent three years later to the prestigious Academy of Fine Arts in Cracow. With Szukalski, his artistic talent went hand in hand with a dominating belief in his own genius and superiority, because of which his journey at the Cracowian academy came to an end. Soon enough, he sailed again across the ocean, entered education, and began creating dynamic sculptures that went beyond the established confines.

In 1928, Szukalski became much more involved in Poland, where his art was simultaneously appreciated and condemned. The artist presented his ideas and radical views more and more boldly. He criticized the artistic community, blaming it for it lacking expression, individuality, progressiveness, and patriotic spirit. Very quickly, his charisma and extreme theories provided Szukalski with a circle of young fans, out of whom the artistic group Szczep Rogate Serce came into existence. The magazine that they published revealed Szukalski’s aspirations and beliefs, with which he agitated for action to foster not only patriotic consciousness but also racial purity. During his later years, the artist very carefully hid this infamous episode of his life. His extreme beliefs bore the appearances of the dark side of nationalism, although, in some respects, they were a reflection of the times. A Europe striving for post-war restoration showed a strong tendency to reintroduce unity and national identity through reference to history and tradition.

According to Stach’s beliefs, Poland, having regained independence in 1918, needed unity through a new style descending directly from the country’s history. As he saw it, the creators of the new reality, and hence the new identity, were to be the Great Geniuses of the Nation, and, as one might guess, he, in all his arrogance, saw himself as the greatest of all. An expression of his national vision was the project of the Temple of National Spirit from 1936, which bore the name Duchtynia. Erected at the bottom of Smocza Jama in the foothills of Wawel, Duchtynia was to be both a mausoleum of the national heroes and a memorial of the history and identity of the Poles. The avant-garde and controversial project was his own interpretation of Slavic culture, ridden with symbols, which met with great objections from the conservative Cracow. The impetus of the concept is possibly best reflected by an entrance like a dragon’s maw, by which he, as if a hero, boasts the legendary King Krak.

At the beginning of the war, the artist returned to the U.S., where he, once faded into oblivion, lived to be 93 years old. His life and work are solid material for a movie, which came to the attention of DiCaprio, the producer of the documentary “Struggle: The Life and Lost Art of Szukalski” available on Netflix.