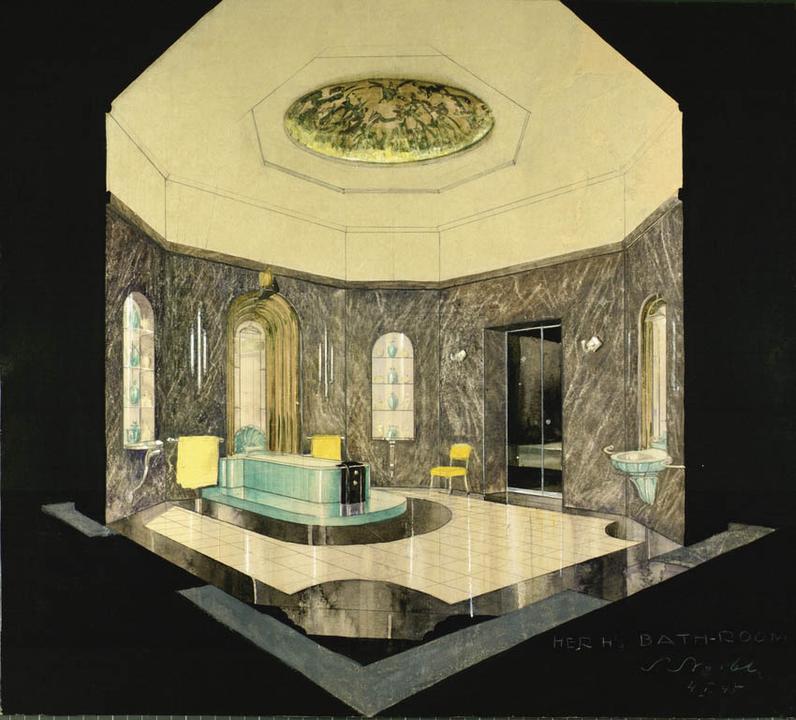 India. An impressive palace whose interiors are strangely reminiscent of European art style. Walls decorated with colorful paintings, all crowned with a signature “S.Norblin”. In 1944, the Umaid Bhawan Palace was the apple of the maharaja’s eye. Newly built, spacious and spectacular, it is no wonder the Indian magnate was looking for a famous and talented artist to put the finishing touches to his residence.

Warsaw-born artist Stefan Norblin arrived in Mumbai only three years earlier and almost immediately captivated the Indian wealthy by combining in his work the elegance of the pre-war style with the beliefs of Hinduism. But how could a Polish painter ever gain such a big renown among the high society of the Indian Peninsula? When the Nazi troops invaded Poland, Norblin and his wife, talented actress Lena Żelichowska, set out on a journey originally bound for the United States. Through Romania, Turkey and Iraq, they ended up reaching not America but India, where they spent five creatively fruitful years.

The Umaid Bhawan Palace is one of the world’s largest private residences. With so much space around him and virtually unrestricted access to resources, Norblin could let his artistic vision run wild, to the delight of his refined client. At the time of erecting the edifice, India was still under British Crown rule, and Maharaja Umaid Singh was himself the adjutant of the future King Edward VIII. And it was precisely the military expeditions that sparked the raja’s fascination with the Western aesthetics of the 1920s. It can be said the knack for Art Déco run in Norblin’s blood, given his renown in pre-war Poland as a versatile artist.

But his projects weren’t all paintings. They also included interior designs and furnishings. Living rooms, bedrooms and baths designed by Norblin are luxurious, devoid of the typical palace splendor, simple and therefore very elegant. His oversized paintings were the icing on the cake. The romantic story of god Rama and his demon-abducted wife Sita is a series of paintings in which we can fully admire the fusion of expressive forms and colors of Art Déco with the rich Indian culture.

In 1944, Stefan and Lena’s child was born, but the boy was so weak that the medicines had to be flown in by the maharaja’s private plane. It was the fragile condition of the child and Bombay’s unfavorable climate that ultimately prompted the couple to leave India. In 1946, they made their way to San Francisco, where Stefan’s fame was a long lost dream. A forgotten artist diagnosed with gradual loss of vision, he committed suicide in 1952.

Fortunately, what hasn’t been lost is Norblin’s works which he made while living in India. His designs and artworks can be admired to this day in the palaces, while the history of his life and work has been documented in the film Chitraanjali. Stefan Norblin in India, made upon the initiative of the Embassy of the Republic of Poland in New Dehli.