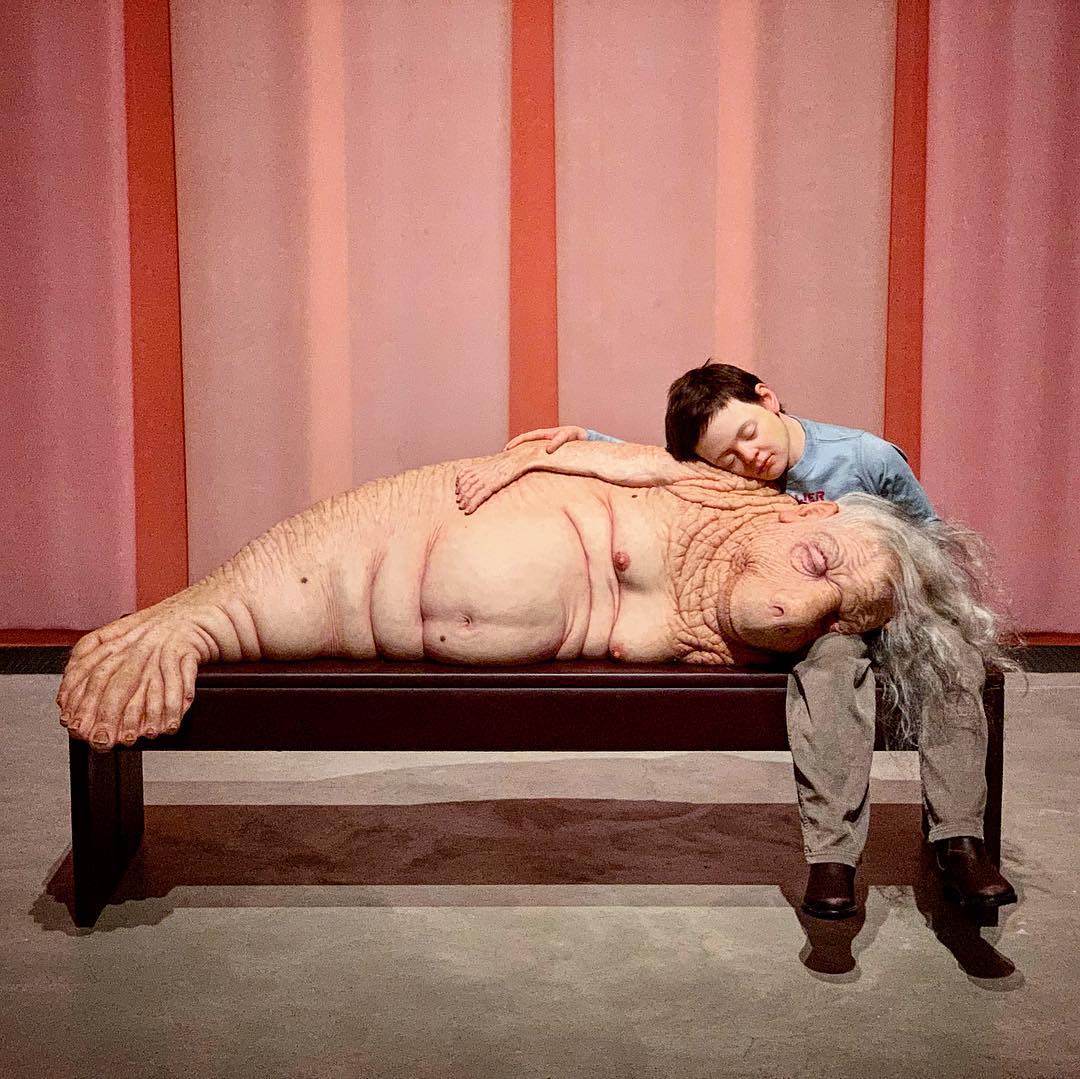 Many people like to think of themselves as tolerant. When asked if they are open towards other nationalities, religions and skin colors, their answer tends to be ‘yes’, because it’s only natural that everyone should have the same right to live on this planet. In practice, though, it often turns out that, when it really comes down to it, several “buts” appear: “I’m tolerant, but that’s too weird”, “I’m tolerant, but immigrants could adapt a little better”, etc. If anything, such comments prove that our openness to otherness is rather superficial and easily challenged.

The works of the Australian artist Patricia Piccinini are this kind of a litmus test that sparks a lot of controversy and evokes very extreme emotions. In social media, in the comment section under the photos of her works, you can read people talk about sick and abnormal creativity, that such art should have never seen daylight, or how under no circumstances should something like this ever be shown to children. And while Piccinini’s creatures are indeed out of the ordinary, as they are both human and animal at the same time, can they be considered more terrible than the violent cartoons children have access to on the daily?

The world created by the artist, inhabited by these strange beings, sometimes resembling funny imps, other times distorted creatures with lab-mutated human genes, can be interpreted in a variety of ways. Some people see in Piccinini’s works a prediction of what awaits us in several dozen, maybe several hundred, years when experiments and genetically modified organisms will reach a higher level.

It may seem unlikely that such strange interspecies hybrids could be conceived. Evolution shows, however, that a living organism can undergo tremendous change if needed, and when we factor in biogenetic experiments, the future can be anything, but predicted. That said, if this seems like a little too much for you, know that the hyper-realistic sculptures of Patricia Piccinini can be looked at in a different way.

They can simply be a test of our humanity – hence the mention of tolerance at the very beginning. When we realize how much controversy and social resistance arouse her sculptures and the inanimate objects exhibited in a museum, a legitimate question may arise whether we would be open to accept a similar deviation in the real world. Not necessarily so blunt and fantastic – this could easily be people from other cultures who will appear in our environment, something not at all unusual in the era of widespread migration.

It is significant that the artist’s sculptures and fantastic creatures most often appear side by side with children who do not have such deep-rooted prejudices as adults, or with women who are expected to be more empathetic and caring.

The works of Patricia Piccinini say more about ourselves, those living here and now, than about how the fate of our species may unfold in the future of biogenetic experiments. And this seems to be the reason why her works are received so emotionally and arouse so much controversy.