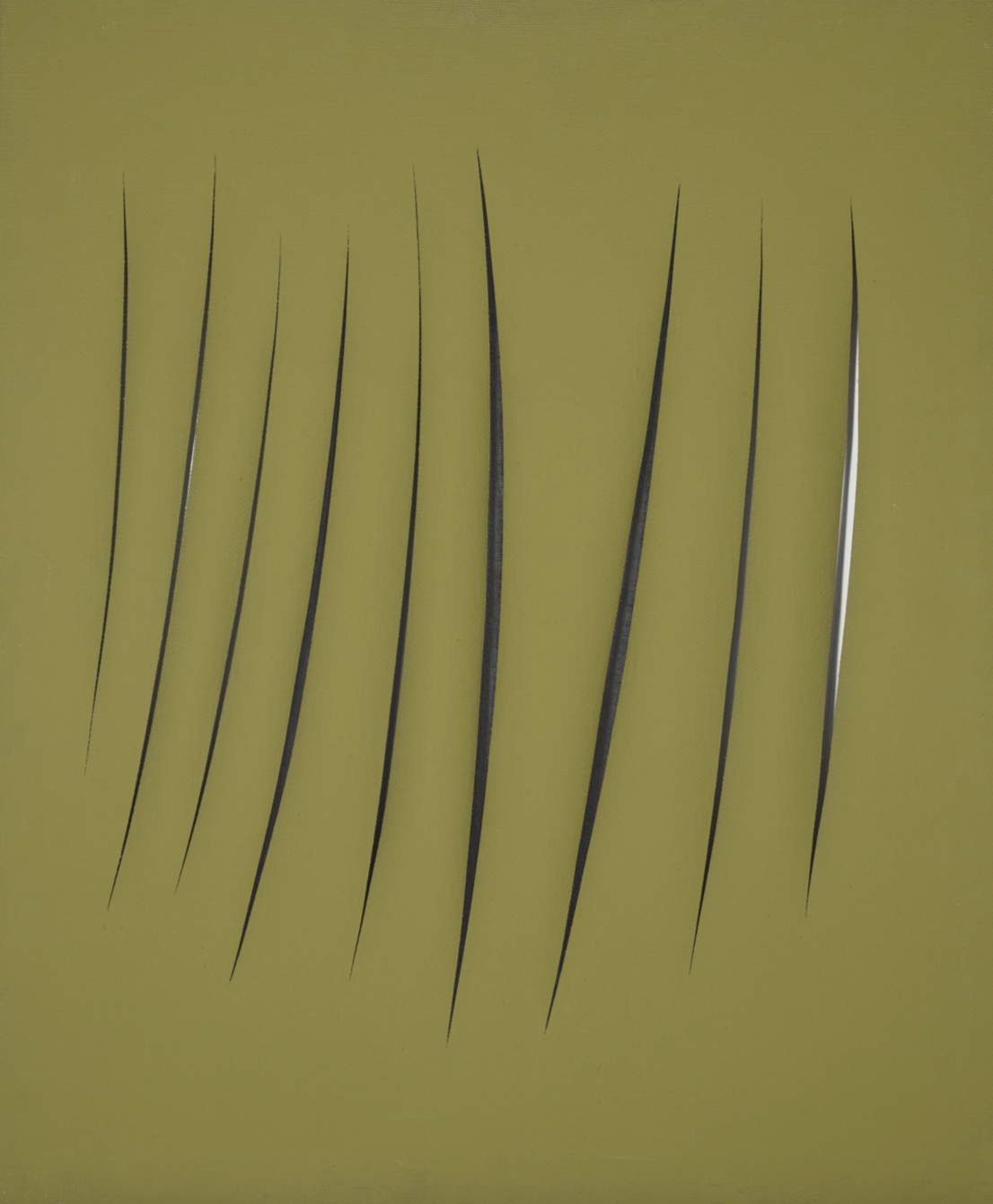 Sometimes, when we look at something, we want to see beyond it, move two-dimensionality to the real world. One of the pioneers of this concept was the Argentinian-Italian artist Lucio Fontana, who became famous for his ground-breaking Manifesto Blanco. The White Manifesto was published in 1946 in Buenos Aires. A year later, Il Primo Manifesto dello Spazialismo was published in Milan and this date is considered to mark the birth of a movement called spatialism (Italian: movimento spaciale, ‘spatial movement’, from Latin movēre,’to move’, and spatium, ‘space’) focused on the spatial properties of sculpture and painting in order to break the two-dimensionality of the traditional image plane.

For spatialists, paintings were to be a synthesis of movement, time, space and color obtained thanks to new techniques.

Fontana was best known for his monochrome canvases known as Concetti Spaziale, which he either cut or pierced with a razor, or simply tore open. Through such created holes one could see the objects behind the painting, optically incorporated into the sphere of the otherwise flat work. In so doing, the artist was incorporating a sense of violent energy into his works. As it turned out, the very idea was sheer coincidence. Fontana accidentally tore one of his canvases while he was setting up an exhibition in Paris. From that moment on, he began to wonder about the formal meaning of the resulting “hole”.

Of course, the gesture was assessed by critics as pointless, and Fontana’s paintings (the so-called Spatials, ‘Spaziali’ in Italian) were considered of little aesthetic value. Clearly, the artist did not lose much sleep over what critics thought of his work, and in the 1951 Manifesto of Spatial Art he wrote, among other things, about the “spatial era”:  “I do not want to make a painting, I want to open up space, create a new dimension for art, and tie in with the cosmos as it endlessly expands beyond the confining plane of the picture.”

Fontana largely influenced the following generation of artists who began to use installation media more boldly to address the dynamics of space in the gallery and land-art environments. Fontana passed away on September 7, 1968 in Varese, Italy, at the age of 69, just two years after receiving the grand prix  in the painting category at the Venice Biennale. Today his works can be found, among  other places, in the collections of Tate Gallery in London, the National Gallery of Art in Washington, Kunstmuseum in Basel, or Thyssen-Bornemisza Museum in Madrid.

Thanks to the efforts of Teresita Rasini Fontana, on November 29, 1982, the Lucio Fontana Foundation (Fondazione Lucio Fontana) was founded. It was awarded the status of a legally recognized non-profit organization on June 20, 1984, with the signing of the Presidential Decree by the then President of Italy, Sandro Pertini (Decree No. 684). Teresita decided to put her entire art collection, consisting of over 600 works, into the hands of the Foundation, of which she was the president until her death in 1995. Together with a small group of friends, she also launched procedures to create a detailed, accurate catalog of all Fontana’s works to protect her husband’s precious artistic legacy.