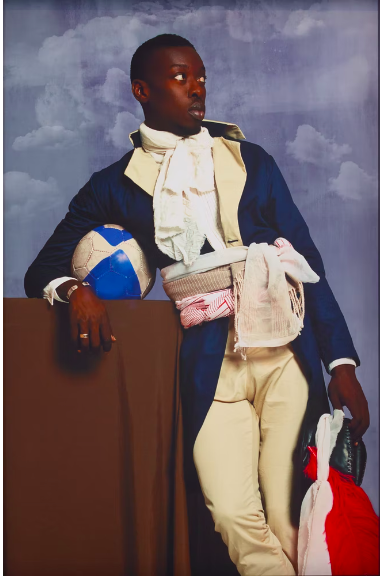 from bags to masterpieces

The Louis Vuitton fashion house needs no introduction – the characteristic logo with the overlapping initials “L” and “V” is well known all over the world and is itself a synonym of luxury. Although the company is famous for its high-quality haberdashery, today we’re going to delve into a completely different undertaking bearing the name of this prestigious brand. Established in 2006, the Louis Vuitton Foundation consistently collects, supports and promotes modern and contemporary art, therefore opening a new chapter in the company’s history.

First, a few words about the very brand. Founded in 1854 by French craftsman Louis Vuitton (as you can see, there wasn’t much overthinking there), the company became famous in Paris for its quality bags, handbags and suitcases. The iconic monogram that adorns every Louis Vuitton product today was designed by the founder’s son in the 1890s. The brand gradually expanded and rose to prominence, only to become in 1987 the cornerstone of the international LVMH – Louis Vuitton Moët Hennessy conglomerate (Moët & Chandon being a French fine winery), currently associating over 60 brands and bringing in billions of dollars annually.

In 2001, the owner of LVMH, Bernard Arnault, teamed up with a legend of contemporary architecture, Frank Gehry, known among others for Bilbao’s Guggenheim Museum. This type of bold fusions are clearly LV’s forte. The discussions, visions and projects that went on for several years culminated in 2014 in the opening of the Paris headquarters of the Louis Vuitton Foundation.

The building itself, designed by Gehry, is already a work of art, which nonetheless didn’t avoid drawing a fair share of criticism. The deconstructive glass block used by the architect was inspired by the landscape architecture typical of the 19th century, linking nature with the achievements of science and industry (how complex!). Resembling a transparent ship or iceberg formations, the building, erected in the famous Bois de Boulogne, had to be expensive by definition. The estimated budget of EUR 100 million was exceeded…eight times, and the project administration was accused of financial embezzlement and tax evasion..

What’s of most interest to us, however, is not the gossip or even the outstanding design of the facility, but what we find inside. The collection under the Louis Vuitton banner is a melting pot of the best art of the 20th and 21st centuries. The artists include iconic names such as Andy Warhol, Takashi Murakami, Yayoi Kusama, Damien Hirst, Jean-Michel Basquiat, Yves Klein and Marina Abramović. And this is just to name a few. There’s also the Polish presence marked by Wilhelm Sasnal, the light installations by Dan Flavin, the powerful photographs by Omar Victor Diop, the surreal sculptures by Huang Yong Ping, or the disturbing installations by Annette Messager – and this is still just a fraction of what the Foundation has to offer.

Fashion, art and architecture are an expensive mix that makes for the ultimate visual experience and which can’t be walked by indifferently. With the world slowly moving away from consumerism and vogue towards bourgeois luxury, the initiative geared towards the patronage of high art is something all the more notable.