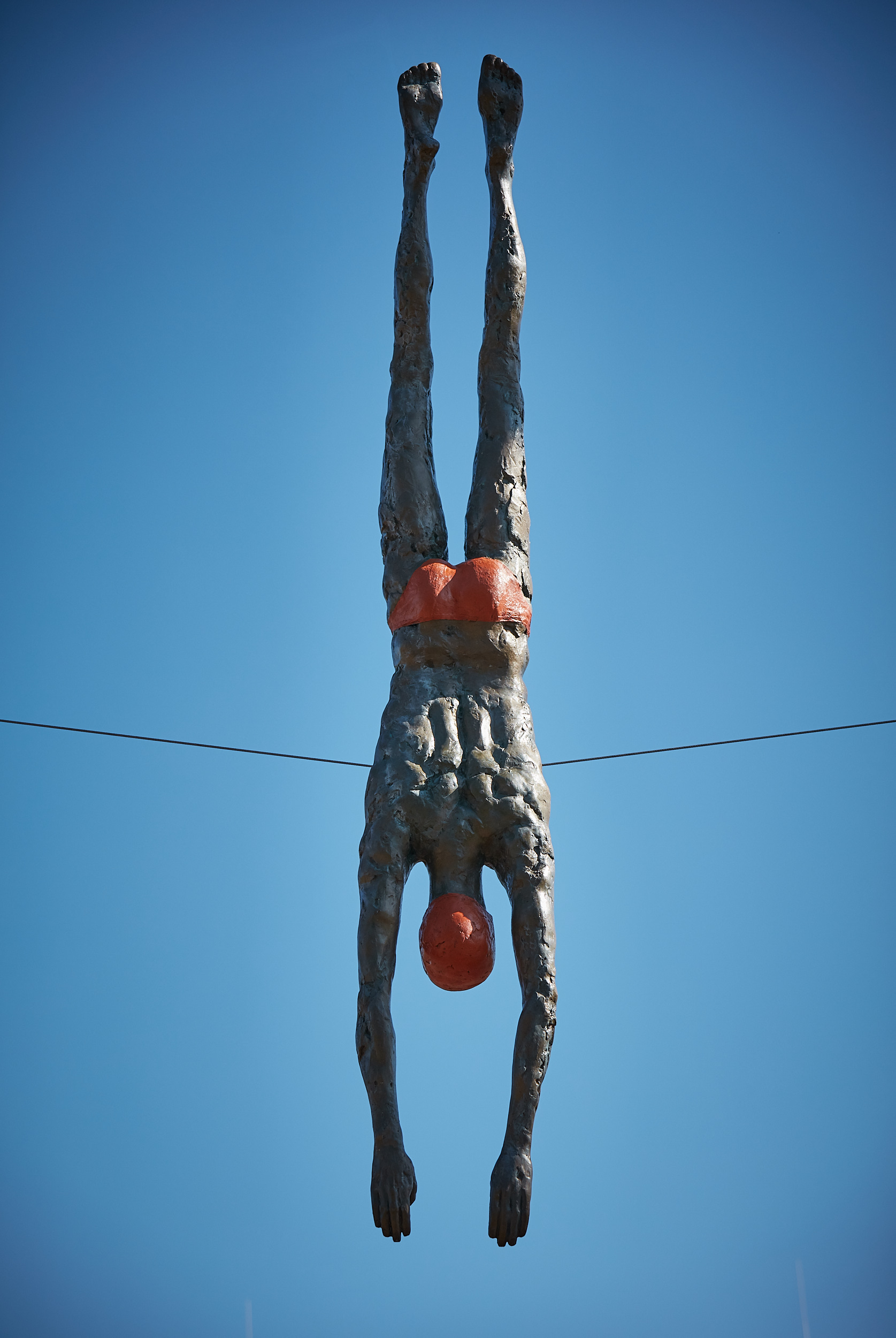 the lightness of being

Balance is the key! This rule applies not only to a healthy diet or lifestyle, but also to a piece sculpture, especially one that defies gravity.

We are used to seeing monuments and sculptures in public spaces and parks, or as a way to decorate buildings. But the Czestochowa-born artist Jerzy Kędziora has challenged that status quo by hanging sculptures above our heads, literally in the air.

His balancing figures are most often representations of acrobats frozen in a dynamic stance. A series of circus performers suspended in 2016 between the ropes of the Father Bernatek Footbridge in Krakow is both an eye candy and a jaw-dropping sight. The exhibition of the sculptures was supposed to be temporary, but the local residents loved the ‘sky circus’ so much that it was soon relaunched – this time for good.

At first glance it might seem that the sculptures are not supported by anything, but in fact this illusion is the result of painstaking, scientific even, efforts by Kędziora who has mastered the balancing based on one or two points of contact. His works are in harmony with the surroundings and light, so that when the sun beams or dusk falls, the ropes to which the acrobats are attached are no longer visible, creating the effect of people levitating above the ground.

In his Open Space, Kędziora went even further than that. The female figure suspended in the air was torn in half, creating an empty space between the divided parts, through which the urban or – as in the case of the Swiss town of Aigle, mountain – backdrop pierces. And although the sculpture looks subtle and light, there is something disturbing and ominous about its torn body.

One of the sculptor’s most iconic works is Crossing the River representing a man walking over the water of the Brda River in Bydgoszcz. The figure has become a symbol of the city and is dressed in different T-shirts depending on the occasion. Recently, the unique passerby has been proudly wearing a T-shirt in the colors of the Ukrainian flag as a sign of unity with the Russian-occupied neighbor.

Jerzy Kędziora, alias JotKa, has a career spanning 40 years but he shows no signs of slowing down. He is an artist appreciated both in Poland and abroad, as evidenced by numerous exhibitions of his works, including in Spain, the UK, the US, and even the UAE.

In quest of rapture and artistic inspiration, we are certainly looking forward to seeing more of these stunning creations!

Sources
Photos from the artist’s official website https://www.jerzykedziora.com/ and the artist’s profile on Instagram @kedziorajerzy
By Karolina Szaraniec