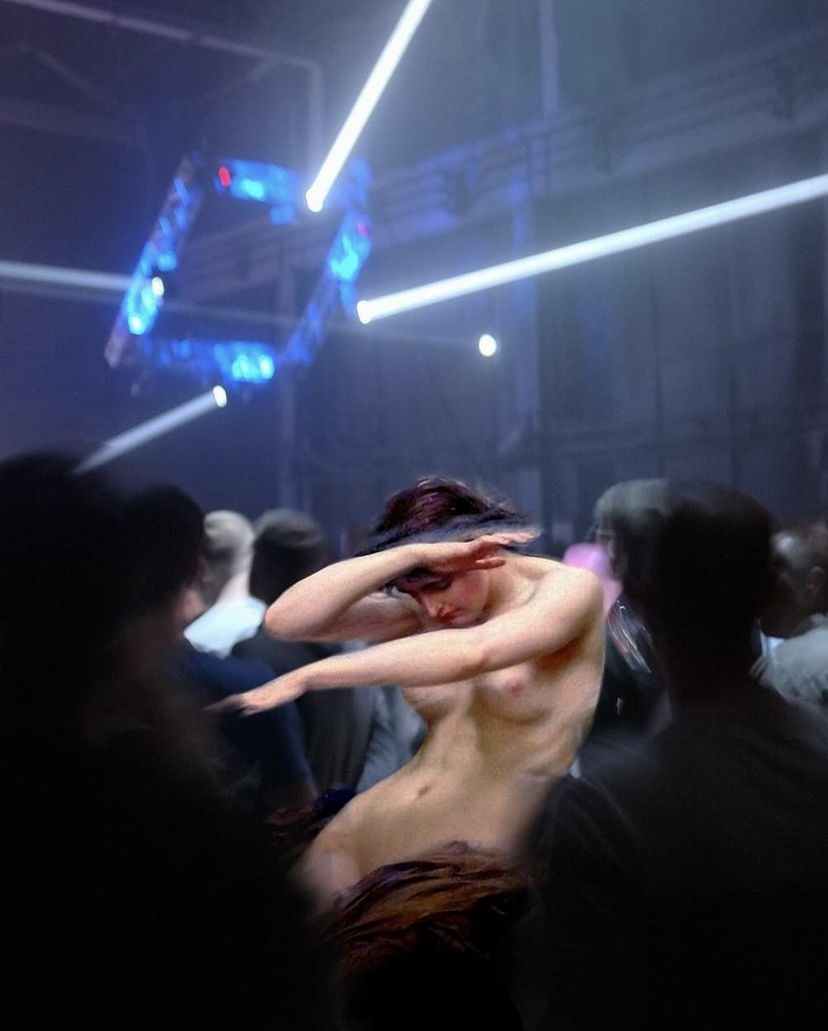 It is said that irony and a sophisticated sense of humor are the domain of smart people. This very suggestion was likely made by someone well versed in irony themselves. It remains true, however, that sarcasm and a certain amount of distance to self and others can protect us from losing our mind in today’s bizarre world. That’s one of the reasons why people love memes so much, which are a funny and somewhat stinging commentary on what’s happening around us. And that’s also why we’ve taken so much to Alex Kondakov’s unique collages, whose art gained an entirely new meaning following the events of February 24th.

But let us go back to the “pre-war” times for a moment. Alksko – because that is Kondakov’s online alias – became famous for his seemingly surreal, Photoshop-made representations. The protagonists of his works are figures literally borrowed from the paintings of the most eminent academic painters. In Kondakov’s works however, academism, which drew solely on solemn themes such as mythology or history and relied on carefully studied poses professing the perfectionism of detail, stands in sharp contrast with the prose of today’s everyday life.

And so we get to see beautiful women in ancient costumes on the crowded Kiev subway, grocery shopping, touching up in a night club’s bathroom, or changing a flat tire. On the other end of the spectrum there are scantily dressed young men – slightly hungover from the looks on their faces – who stay late in bed, let loose at an evening party, or peek through the window of an artist’s studio. And it is only their outfit, or rather lack of it for the most part, that lets us know something is out place. Alksko perfectly captures the moment and creates a flawless composition. The outcome is of course complemented by ironic captions because, as the artist himself said in one of the interviews, “irony in art is one of the ways to reach the viewer”. So har his art has been appreciated not only by online fans but also by paying clients among whom there’s a night club or numerous magazines who have commissioned ads and covers from Kondakov.

Alex Kondakov’s classicistic collages amuse us and add color to our grim reality, even if nowadays we perceive them somewhat differently than just a few months ago. By immortalizing the streets of Kiev or the market square in Odessa, the artist managed to freeze time. The idyllic atmosphere of his works is particularly striking in the context of the videos in which he explores the realities of war and devastated cities. Will the pre-war world make a comeback in his art, and with it the mythical nymphs, beautiful cherubim and muscular gods? We certainly hope so, even if their daily struggles will never again be so carefree and blissful.

Alksko is a socially engaged artist. Two of his works, The Visitor and Private Party, were exhibited at the “Save Ukraine Now Print Benefit” auction organized by the US magazine Juxtapoz. The proceeds are to be allocated to humanitarian aid for Ukraine.