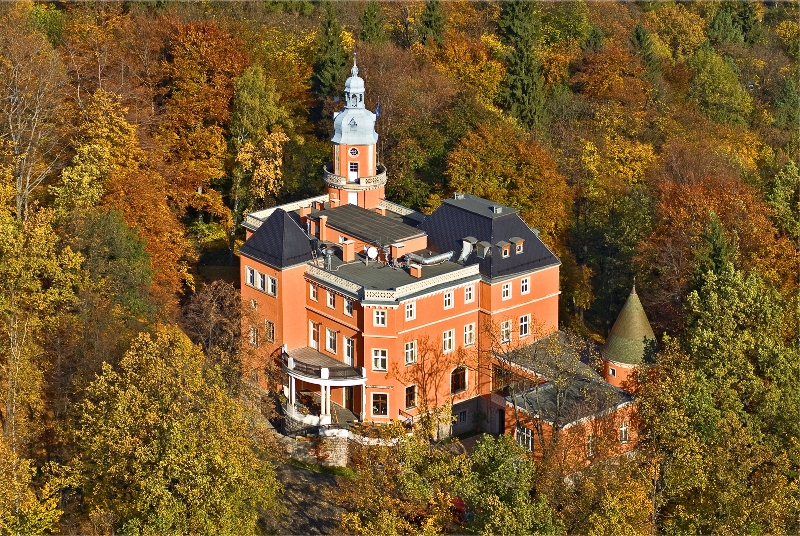 Once upon a time, amidst beautiful palaces, lived…hoteliers and restaurateurs. Where exactly is that place? In one of the most beautiful yet most mysterious areas of Poland – Jelenia Góra Valley, or, if you will – Deer Mountain Valley, in Lower Silesia.

Spanning the area of less than 300 km2, it hides unparalleled residential gems. Some, falling into oblivion, creep out with their crumbling walls and weep-holed roofs. Others, however, now carefully restored, have discovered a fresh youth within.

Let us go back in time for a moment. The eighteenth century is drawing to a close and the charming area from the last paragraph still lies within the borders of the Kingdom of Prussia. It so happens that big-city noblemen are looking for somewhere to practice idyllic escapism, so it is no wonder that news of a charming landscape rivaling that of Alpine villages spread fast among them. Mind you, this is when “Instagram hashtags” were far from being invented, obviously, so there had to be a good reason for it. If you were rich and wanted to show off, a palace in the green valley was the way to go!

But history is known for its tendency to becoming occasionally turbulent. After World War II, under Yalta agreements, the Lower Silesian lands found themselves within the confines of the Republic of Poland, and the German population was not only resettled but also deprived of the right to future claims. What happened to those fancy villas? There was really no pattern. Some were nationalized and converted into schools, community centers, offices. Such was the fate, for example, of the palace in Bukowiec which now houses a commune office, Schaffgotsch Palace in Cieplice which is now a faculty of Wrocław University of Technology, or the palace in Sobieszów which was transformed into a high school. The rest had to sustain four decades of abandonment.

Enter the 1990s, the time of post-communist renaissance in Poland. Lower Silesia is being visited not only by treasure hunters exploring decaying palaces but also by the ancestors of the pre-war German aristocracy hoping to trace back their origins. One of the first such properties that was (though not without obstacles) successfully returned to the rightful family is the palace in Łomnica. But restoration of these edifices requires not only a lot of time but also a lot of money. It is hardly surprising that most end up being converted into hotels, restaurants or convention centers. Only a few, like the Oak Palace in Karpniki or the palace in Ciszyca-Kowary, serve their intended function to this day: that of sophisticated residences.

Jelenia Góra Valley with its historic monuments paves the way for an important discussion about the place of foreign heritage in the heritage that we call our own. How to interpret, adapt and protect it? The Dolina Pałaców i Ogrodów Foundation, dedicated to Lower Silesian palaces, preserves and promotes the unique beauty of this region, highlighting every aspect of its multicultural past.