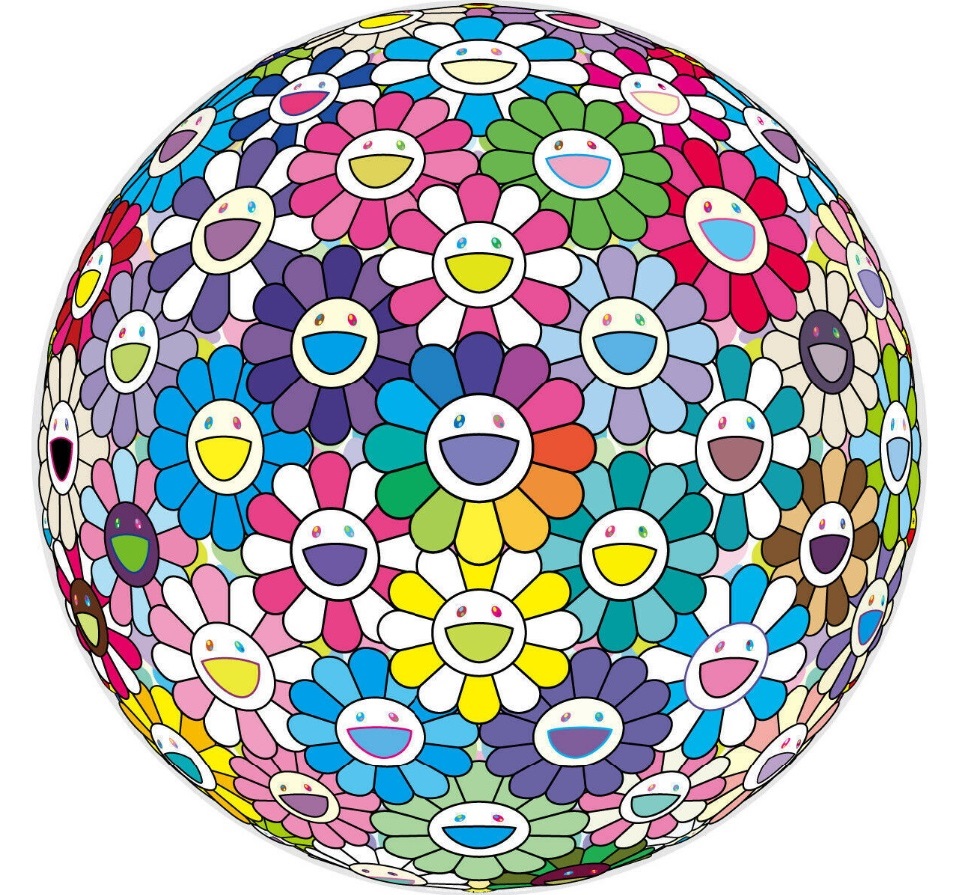 Takashi Murakami’s art is quite an explosive mix, even though it doesn’t seem like it at first. Looking at smiling flowers or anime-like characters, there’s hardly anything that could be considered strange or disturbing. Cheerful compositions with comic-book aesthetics are both an eye candy and a mood booster, so you’re bound to gape in awe, when we tell you that these colorful flowers hide Japan’s war trauma!

Takashi Murakami is sometimes labelled the Andy Warhol of Japan. His works are famous around the world and you can spot them not only in a museum or art gallery, but also on shoes, T-shirts, pillows and jewelry. Murakami’s colorful flowers have flourished in the pop culture environment where they feel very much at ease. The artist has collaborated with brands such as Louis Vuitton, Vans, READYMADE or Supreme, and together with MoMA, he designed plush pillows thanks to which everyone could hug their own Murakami for less than EUR 150. This price is much less of a nuisance, when we consider, that the artist’s works consistently sell for millions of dollars in auctions.

But it is not just thanks to the multitude of collaborations that Murakami has risen to worldwide fame. Admittedly, his works speak for themselves and they provoke anything but indifference. One glance is enough to make sure you look at Murakami’s art. What’s so captivating about Murakami is that he plays very skillfully with ambiguities.

What Murakami did was essentially sneak popular art into museums and elevate it to the rank of high art. In so doing he found a way to mold inspirations derived from traditional Japanese painting, nihonga, into his own means of expression, transforming the delicate representations of plants into smiling flowers straight from popular culture and therefore creating a unique fusion of the Japanese and the Western. The colorful and cheerful motifs have become for him a way to show the dark side of his country’s history. Murakami is well aware that such representations are easier to digest, making them a better fit to convey a symbolic, more profound meaning.

When interpreting Murakami’s colorful flowers, there is no doubt they are the aftermath of Japan’s war history and post-war trauma, which is marked not only by nuclear bombing, but also the subsequent American occupation. Many Japanese artists did not want to deal with that part of their country’s history explicitly, choosing instead to transform painful memories into events apparently detached from the historical context that are nowadays reflected in manga, anime or Japanese cinema. A perfect example of this is the character of Godzilla, originally the personification of the fear associated with the effects of the atomic bomb.

The laughing flowers are therefore an expression of the trauma stifled by decades of war, which not only could not be dealt with openly, but also couldn’t find an outlet for itself in art. The multi-colored flower heads bombard us with their optimism, to the point where we feel there is just too much joy there and that it masks something painful, that haven’t been discussed much in public. It is this aspect of war that comes to the fore in those of Murakami’s works, where skulls are subtly tucked in between flowers.

At the same time, the comic-book, pop-art flowers are an attempt to bridge Japanese tradition with the Western, or more precisely American, world. Let us note that Japan, being an island nation, was for centuries free of foreign influence. It was only after the war and the American occupation that the Land of the Rising Sun had to open up to the new and the different.

Gargantua on Your Palm: https://www.artsy.net/artwork/takashi-murakami-gargantua-on-your-palm-9

A Memory of Him and Her on a Summer holiday: https://www.artsy.net/artwork/takashi-murakami-a-memory-of-him-and-her-on-a-summer-holiday