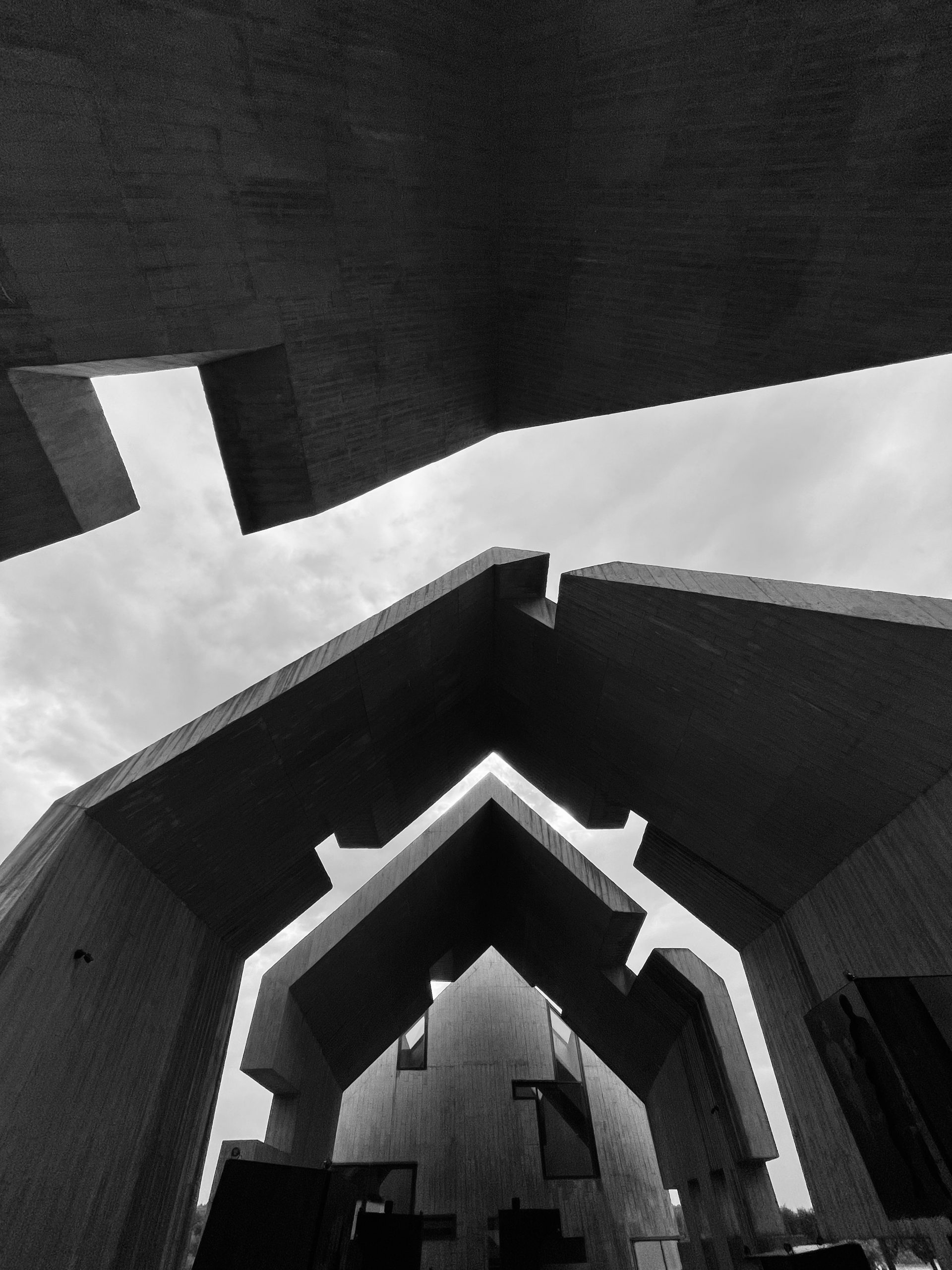 Have you ever wondered how to tell a story through architecture? Or can a building itself outperform the very museum that it houses? The recently inaugurated Mausoleum of the Martyrdom of Polish Villages in Michniów is not another place capturing the trauma of war where the ubiquity of stimuli drown out the main message. Instead, it is a place where minimalist architecture makes for a truly immersive experience.

Personally, I am one of those people to whom a symbolic yet unobtrusive message appeals the most. The metaphorical structure, designed over a decade ago by Mieczysław Nizio, does not just appeal but strikes, and most importantly perhaps, not right away. Looking at the building from the street level, we can only see a simple, concrete façade and rows of wooden crosses on the sides, which were supposed to commemorate Polish villages affected by the pogrom during World War II even before the building was erected. The front wall does not reveal much; it looks more like a modern house and was designed to cleverly hide what is behind it.

As in any museum devoted to tragic war events, the exhibition, composed of numerous photographs and historical notes, is impactful and moving in itself. However, when badly chosen, architecture can obscure or disrupt such feelings., the same way a well-tailored design carries an additional message that goes beyond what meets the eye. The latter is the case with the Michniów project. What it hides behind the inconspicuous facade is a 146-meter-high concrete hut, fashioned after those that once stood in Polish villages an in which innocent people died.

Simple walls, devoid of decorations, are being deconstructed with each successive step. The elevations, which are slightly angled here and there, as if they were about to collapse, are pierced by deep gaps through which one can see the crosses surrounding the building. The effect is completed by a fragmented roof that almost disappears from above our heads as we move on to the next of the ten segments. The eloquence of this design procedure is overwhelming, triggering in the visitor a sense of anxiety, additionally intensified by a perfectly selected soundtrack. An equally symbolic meaning is given to the light which, breaking through the holes and gaps, gives the impression of a burning hut when admired in the evening. It would have been hard to convey those tragic events in a more palpable way.

Uneasiness, anxiety, terror – are we expecting such feelings from a museum, even if it’s a museum commemorating war evets? The answer is yes. Because it is supposed to tell us something, teach us something, be at the same time a warning and a bitter lesson about what humans are capable of at their worst. The architect managed to capture it all in a simple yet symbolically rich form. It was an effect worth waiting for, even ten years.

Pic. 7-8 by Marcin Czechowicz from https://architektura.muratorplus.pl/realizacje/uniwersalny-przekaz-jerzy-s-majewski-o-mauzoleum-martyrologii-wsi-polskich_10912.html