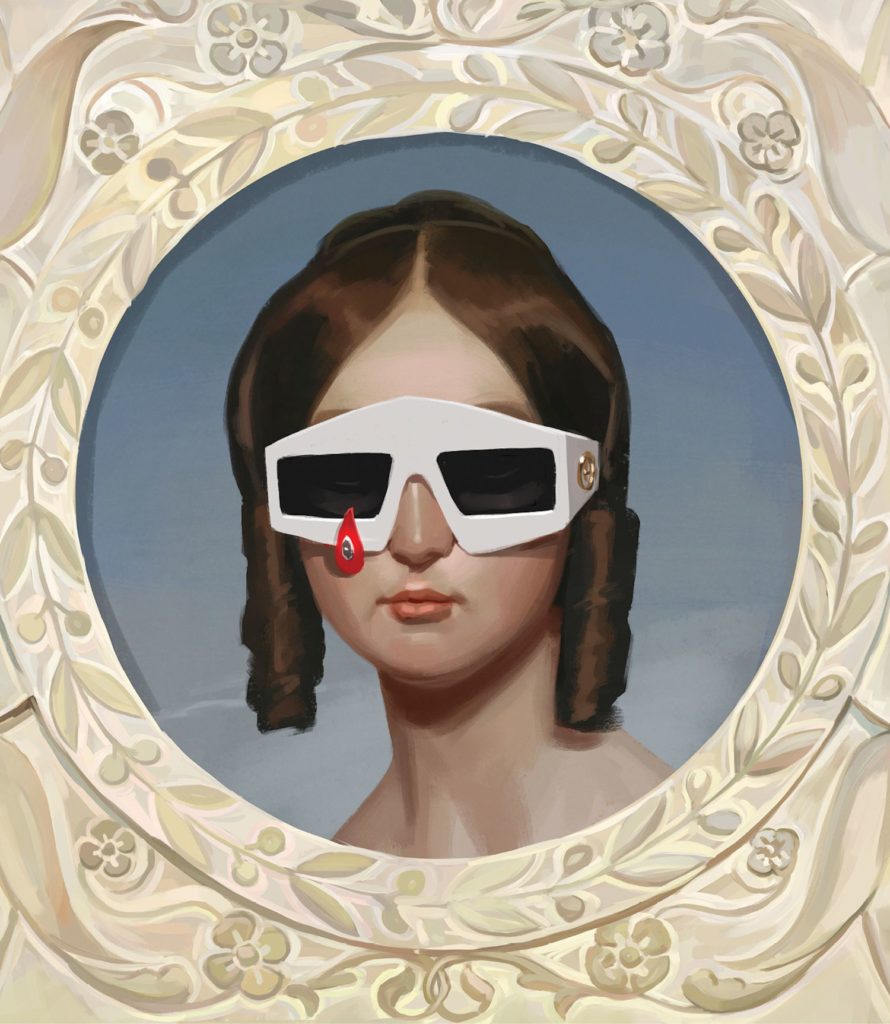 Two intertwining G letters, green and red. It doesn’t take a fashion aficionado to recognize the Gucci clothing brand from this brief description. The Italian fashion house, which dates back to 1921, is today one of the world’s most famous. This is not just because of the unique products or turbulent family history, but also because of Gucci’s interweaving of the world of fashion with the colorful world of art.

The marriage of art and the Gucci family dates back to the 1970s, when the then chairman of the house – Aldo Gucci decided to raise the level of luxury of his flagship stores in Beverly Hills and New York. Gucci Galleria was a place accessible only to the chosen few who, with the help of a golden key, could enter the magical world of expensive jewelry and exquisite haberdashery in the ambience surrounded by precious stones, sixteenth-century tapestries and famous artworks, such as those of Roy Lichtenstein. Family feuds for the chairmanship, marked by legal trials, ended up with Aldo Gucci in prison and Maurizio Gucci murdered, ultimately leading to the sale of the rich collection in the late 1980s and early 1990s.

Over the past decade, Gucci has, again after a series of ups and downs, gained a foothold in the market. In 2011, in Florence, which the company’s home city, a museum was established whose exhibits are the brand’s iconic designs. However, the pivotal moment for the fashion house and its collaboration with art came in 2015, when Alessandro Michele was appointed creative director of Gucci.

The Italian designer focused on modern media. It was he who invited for collaboration the Spanish artist Ignasi Monreal, famous for his distinctive art. The works of the young Spaniard graced the advertising campaign of the new fragrance, Gucci Bloom. As part of the campaign, several monumental and yet delicate and romantic murals promoting the product were created. The garden paintings decorated the so-called Gucci Art Walls in New York, Milan and Paris. The artist also painted unique murals in various parts of the world, advertising clothing for the contemporary audience of the brand – young people who love to play with fashion.

In 2016, Michele launched the “Gucci 4 rooms” initiative in which four artists: Chiharu Shiota, Daito Manabe, Mr. and Trouble Andrew were to design surreal, unique rooms reflecting the latest brand motifs. This led to the opening in 2018 of Gucci Garden, a mysterious garden of art and fashion. It is an interactive area conceived to meet needs of all sorts. It houses a luxury boutique, a bookstore, a restaurant and two floors dedicated to subsequent Gucci collections, all inside a Florentine tenement house which already houses the brand’s museum (virtual tours are also available!). But Alessandro Michele didn’t stop there – this year he unlocked for visitors the archives hiding hundreds of clothes, handbags, trunks and scarves that are exhibited in rooms designed a la quiet wardrobes.

Gucci, a fashion house with an illustrious but turbulent history, proves that art and fashion are almost inseparable, and when they join forces, their marriage can produce a lot of benefits, also in terms of sheer revenue.