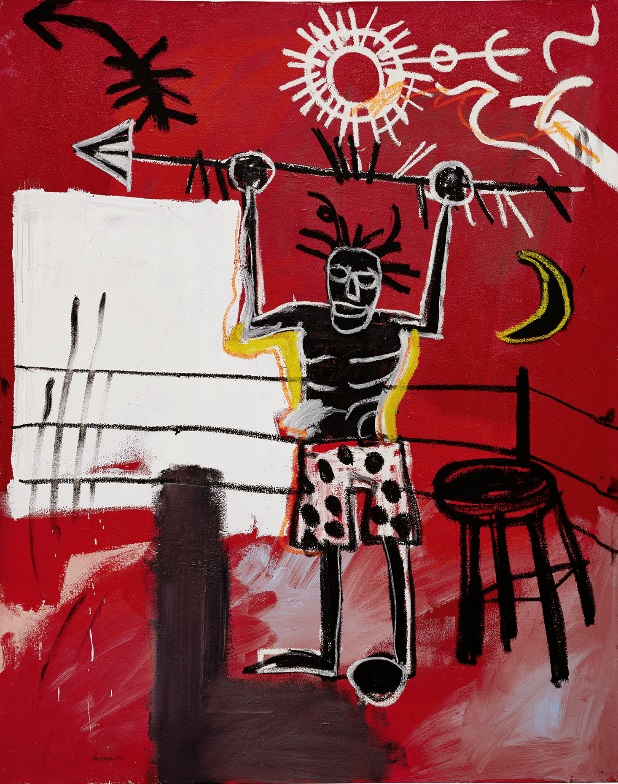 Jean-Michel Basquiat is one of those artists who turned the art world upside down. At a very young age and very quickly, he rose to unprecedented fame – the kind that other artists would be waiting for years. Basquiat was hailed the king of modern, neo-expressionist painting almost overnight. Even his premature death wasn’t able to strip him of that title. Although he passed away 33 years ago, after less than 10 years of artistic activity, he’s the one painter whom the world remembers to this day.

To understand his work – rebellious, wild, untamed, and therefore not easy to interpret – one needs to know the broader context of both his personal life and the social situation in the United States at that time. Jean-Michel Basquiat, son of a Puerto-Rican mother and Haitian father, was a national minority. Although descent-based discrimination was outlawed in the United States in 1964, the reality was quite different and examples of hostility towards minority ethnic groups were the order of the day. Basquiat himself recalled that, already at the height of his fame, he had difficulty hailing a cab on the street, as not all drivers were carrying black people. Clearly, Basquiat strongly disagreed with that state of affairs. He was against the biased treatment of national minorities, which is why he would give them space in his works, presenting his characters in an extremely expressive, sometimes even predatory manner.

The artist did not like the education system in its ossified form, so he often had to change schools due to his misbehavior. Rebellious and freedom-hungry, he found his outlet in art, which he grew up around. His meal ticket to the artistic bohemia was his friendship with the iconic Andy Warhol. It was Andy Warhol who made the novice artist famous. Over the years, they went on to form a unique duo, creating many works together.

Before Basquiat started painting, he was interested in graffiti, covering city walls with political and socially-charged slogans. At that time, it was the only way for a black person to have their voice heard in public space. His trademark was the crown, which can also be found in his paintings. Basquiat became the king of street art to soon dominate the world of high art as well!

In 1981, at the age of 21, twenty of his paintings were featured at the New York / New Wave exhibition alongside celebrities such as Keith Haring and Andy Warhol. Just a year later, he organized his solo exhibition, selling out all (!) of his works and earning a staggering amount of money. From then on, his career took a crazy turn!

While it might seem that fulfilling every artist’s dream of becoming famous would bring him happiness, Basquiat still felt alienated in the artistic environment, where he was the only black person. His paintings were bought primarily by wealthy whites, the same whom he had previously criticized in street art for their privileged place in society. He was afraid that they did not understand him and that they were buying his art only because he was famous.

His art, full of references to primitive African art, graffiti, comics and historical figures, gradually grew darker and increasingly saturated with the theme of death. Drug abuse, a habit which intensified after getting rich off of his art, led to Basquiat’s premature death in 1988, before he was 28 years old.