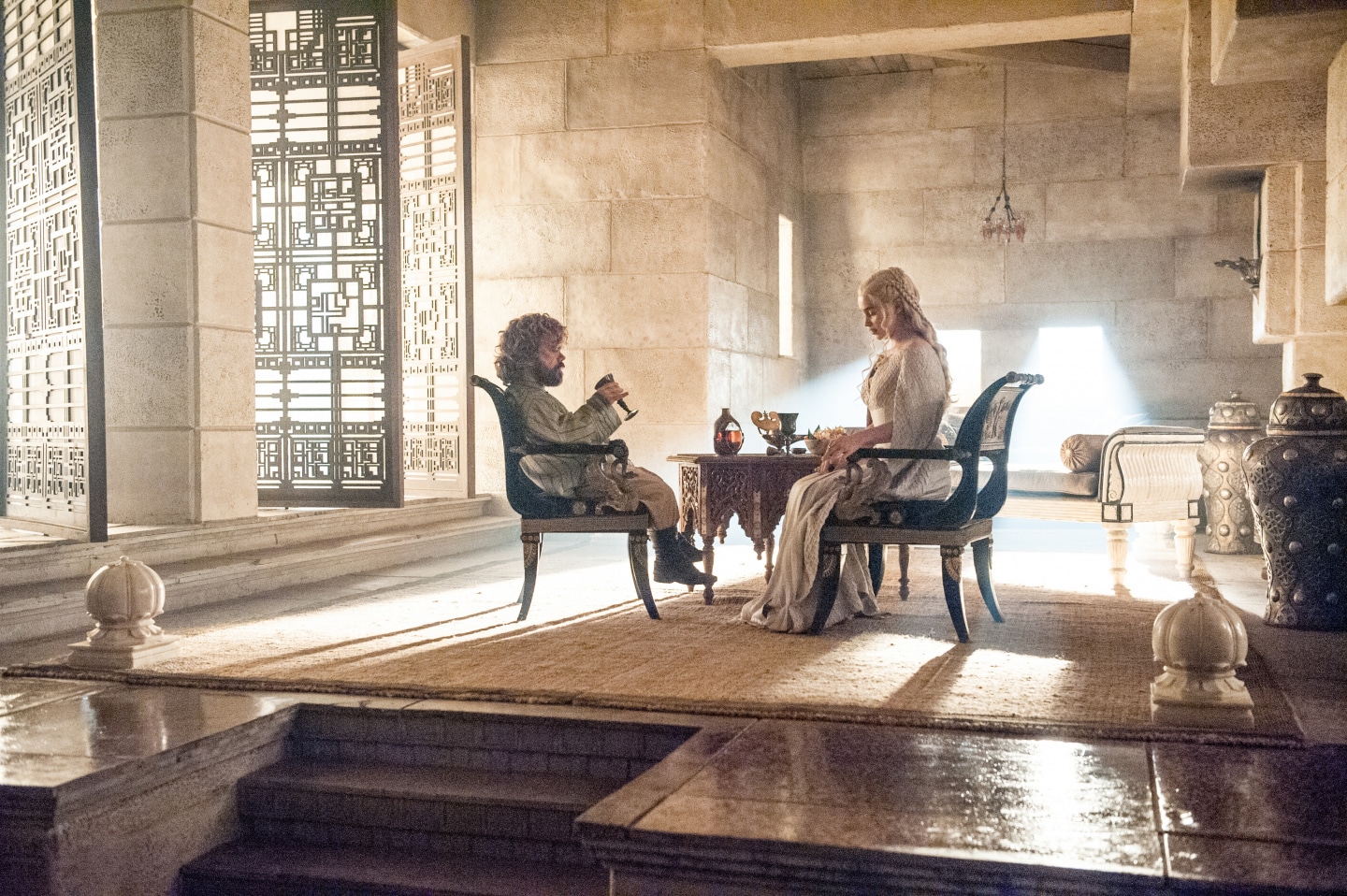 Beautiful palaces, space stations, medieval castles, and ultramodern apartments. If there’s any magic to cinema, it must be in the ability to seamlessly travel between places and times. Today’s audiences are used to films being made in big halls and studios where each background is a product of green screen. Contrary to appearances, though, architecture and film are two areas that can work in synergy. Without further ado, let’s dive into a quick overview of the buildings that inspired memorable film productions and places that owe their fame to the silver screen.

Act one – The Ennis House
An undisputed frontrunner in today’s ranking. Birthed by Frank Lloyd Wright, it was built in 1924 as Charles Ennis’ private residence. The architect was inspired by the Mayan temples, and as many as 27,000 concrete blocks were used to build the house. Game of Thrones fans will quickly recognize in the Ennis House the series’ Meereen Palace. But the award-winning show is not the only production to have turned to the Ennis House’s sumptuous interiors. It has also served as the backdrop to the likes of Blade Runner or Buffy the Vampire Slayer.

Act two – The Stanley Hotel
The Shining is one of the most suspenseful horror films ever made. But few people seem to know that the inspiration for Stephen King’s adapted novel was a night spent in the spooky aura of the Stanley Hotel. The history of the hotel dates back to 1903, when American entrepreneur Freelan Oscar Stanley built a spa guesthouse for his ailments. The place quickly became the talk of the town among the elite, perhaps because it was one of the first hotels that had rooms equipped with separate bathrooms. The building became famous thanks to the legends of paranormal phenomena and ghosts of former guests that were said to lurk in the hotel corridors.

Act three – Notting Hill
Julia Roberts, Hugh Grant and the London setting. The romantic story of an American actress falling in love with a shy bookseller couldn’t but captivate audiences around the world. The titular tenement houses of the posh district of the same name add to the comedy’s charm. The elegant white building with its famous blue door, where the protagonist lived, actually belonged to Roger Michell – the director of the blockbuster in question. The district earned its renown already in the nineteenth century, but it wasn’t until the Hollywood production that crowds of tourists started jostling about for a photo opportunity at the iconic blue door.

Act four – Warsaw’s Hammer
A Polish entry on the list, this is an apartment with a beautiful view over Warsaw that can be admired in the third installment of the Polish comedy saga Planeta Singli. The rooms used in the film once housed a café in one of Warsaw’s most interesting (brutalist) 1960s skyscrapers. Owing to its peculiar shape, the building was nicknamed ‘the Hammer’ and was originally a hotel for the Polish diaspora whom the local authorities at the time were trying desperately to lure back to the city. But at the end of the day, the high demand for residential premises meant that hotel rooms were scrapped and replaced with apartments.