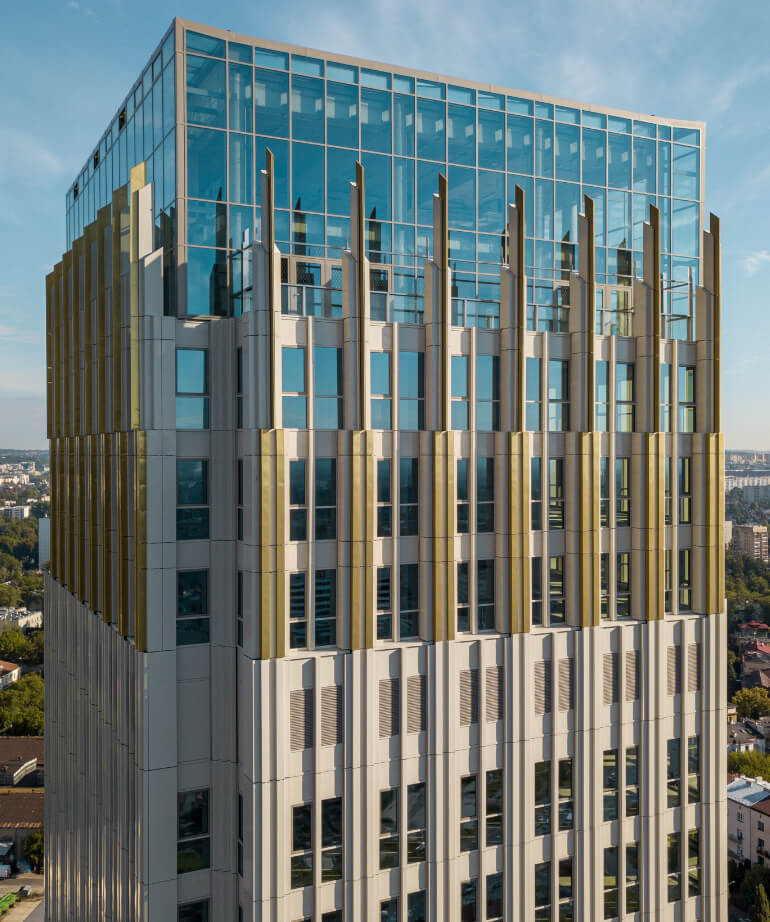 Every city has its iconic places that are so embedded in the local landscape that they become part of its citizens’ identity. For Cracovians, this could easily be the Wawel Castle, the Market Square with the Cloth Hall, the Cracovia Hotel, and… Skeletor. Although the building now boasts elegant facades, for nearly five decades it would haunt onlookers, being a symbol of great aspirations clashed with brutal reality.

1968. Poland’s Supreme Technical Organization announces a competition for its new headquarters with dreams of installing miniature Manhattan in Krakow. No wonder the winning project, headed by prof. Arct, draws inspiration from American skyscrapers but scaled down. The three segments separated by constrictions seem to float in the air – the building of an institution representing technical sciences could not be cliché, after all.

However, construction wouldn’t begin until seven years later. At that time, the Polish authorities were looking with envy towards the West, which is why the original design was slightly modified, having its proportions changed a few extra inches added to make it exactly 92.5-meters tall. By 1979, twenty-four stories were built and works suddenly stopped. There were not enough funds for such big plans. This half-baked asbestos skeleton was left like that for decades, becoming part of the city’s fabric and, in a way, of Cracovians’ identity.

Skeletor saw its lot changed only in 2013, preceded by a five-year tit for tat between the investor and the conservation authorities. The new owner planned to raise the building by as much as ten meters, which the conservator thought would significantly disturb the historic landscape of the district. Finally, the City Council, having adopted a development plan for the area, gave a green light for building so high in the sky.

Adaptation according to the project by DDJM Studio began in 2014, but was suspended after a few months due to objections from the owners of neighboring plots. Works resumed only in March 2016 and (despite a 12-month delay) the building was put into use in October 2020.

Skeletor’s new garment is a tribute to the big city, but in a way that is completely different form the original vision. Glass stretches, so popular in the 1960s, were replaced by simple stone facades – a nod to pre-war architecture, characteristic of this district of Krakow and the first New York sky-highs. The glazed finish of the top floors, shimmering in the sun, gives the impression that the Unity Tower really scrapes the sky.