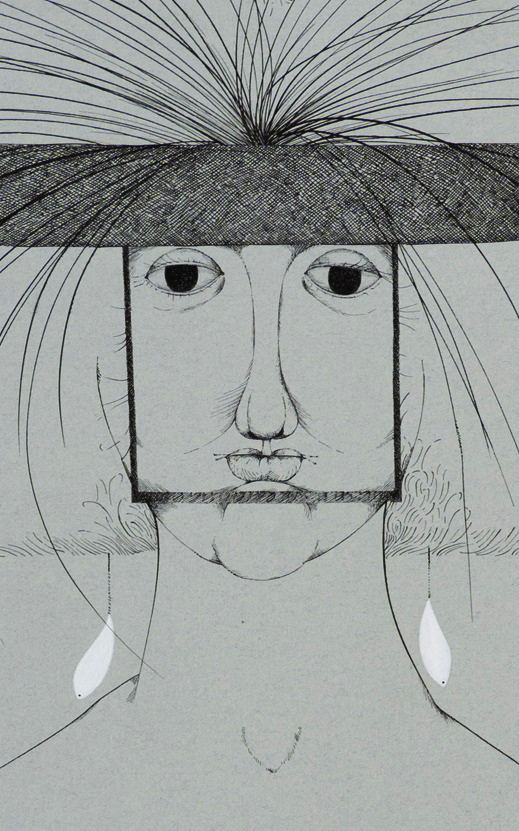 If we want to measure the scale of the talent, creativity and artistic sensitivity that she was endowed with, we must look at the number of different techniques she used in her work, the number of exhibitions in which she participated, or the number of awards she received over her lifetime. Born in 1927 in Katowice, she passed away in Zakopane in 2010. She studied Painting at the Academy of Fine Arts in Krakow, and a few years later got a diploma in Graphics Arts, specializing in a very rare stonework technique. She gained popularity as an illustrator of newspapers and children’s books.

It wouldn’t be an exaggeration to say that Barbara Gawdzik-Brzozowska was a true Renaissance woman. She created many murals and wall decorations, among others in Zakopane. One of her most recognizable works are decorations on the “Wierchy” building depicting a mosaic with a cat-and-fish motif. Barbara Gawdzik-Brzozowska would also design clothes, toys, badges and jewelry, gradually shifting her focus after 1965 to ink drawing, which became her trademark.

What, or who, was her favorite subjects? People and animals, especially women and cats. Interestingly, the cats with very human faces and the women with very unreadable faces. As the artist herself once said with a large dose of wit: “I’ve always been interested in hellish biddies. I find women fascinating, really. I believe there is nothing more beautiful than a little girl and nothing scarier than an old biddy – I know that from experience. “

The women in Barbara Gawdzik-Brzozowska’s works bring to mind the heroines of old paintings. Usually portrayed in profile, they bear strong resemblance to Renaissance court ladies – always impeccably dressed and with elaborate hairstyles: braids, weaves, pinups, or in showy headwear: caps, berets, original hats. Sometimes the women’s necks are decorated with a baroque ruff, other times it’s a long Art Deco necklace. This attention to clothes and accessories is not accidental, given that the artist attended during the occupation a vocational tailoring school and must have been well aware of the significance of clothing, especially for women.

However, Barbara Gawdzik-Brzozowska’s protagonists can hardly be assigned to any specific period in art history, having instead the figure of a universal, unperturbed and self-confident woman – as evidenced by the extravagant outfits often accompanied by plunging necklines or exposed breasts.

What’s so captivating about Barbara Gawdzik-Brzozowska’s artwork is that, despite her portraits having a very thin and delicate line, as if the artist hardly touched the paper with her pen, the women in her drawings still manage to remain remarkably expressive, strong, and characterful.

All images courtesy of the artist’s family.