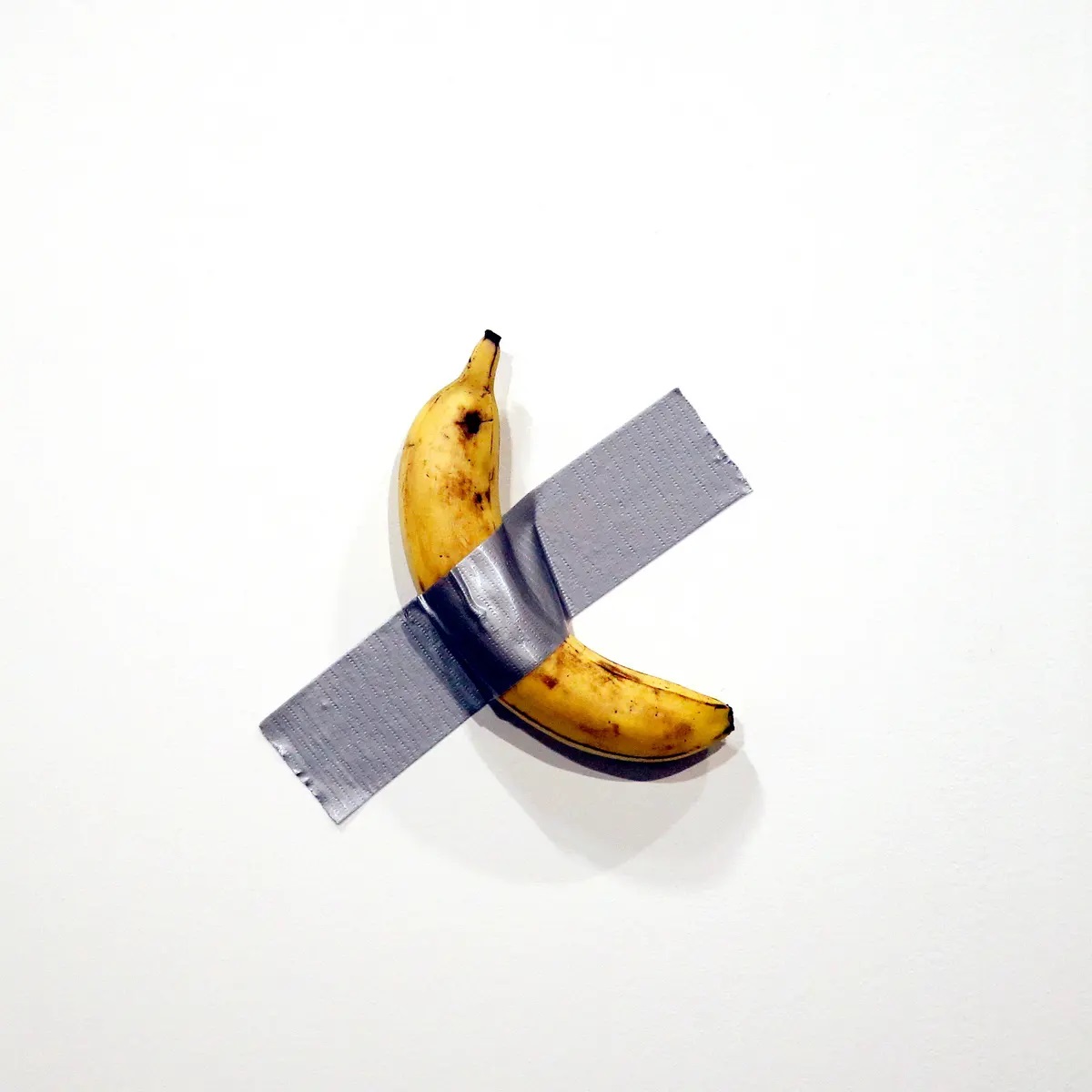 Today we’re in for an art roller coaster! We’ll cover surprising, iconoclastic, and of course, controversial. We’ll stop to think whether everything an artist does is art, as the concept of art can admit some truly surprising sculptures, installations and projects. So much so, in fact, that it can sometimes be difficult to find the right term for some of the things that come out of the artist’s mind.

Our journey begins in 1913, the year Marcel Duchamp created a sculpture of a bicycle wheel attached to a stool. In so doing, neither the wheel nor the stool served their original purpose anymore. So what was that all about? Basically, the artist intended to put into question the imposed boundaries, also paving the way for ordinary objects to be exposed at art exhibitions. And so, art, which was until then understood as a space to discuss lofty topics, suddenly gained a new function, namely to surprise its audience! Needless to say, the public was equally taken aback by Duchamp’s rework of The Mona Lisa onto which he drew a beard and mustache.

You think that’s a lot? Buckle up, because things are about to get even zanier! In 1961, Piero Manzoni electrified not only the world of art but also the general public by unveiling an artwork called Merda d’artista, or Artist’s Shit. It consisted of 90 small cans which the artist claimed contained his feces. Since then, discussion has been ongoing about the red line in art. Where did the idea for such a controversial project come from in the first place? Apparently, Manzoni’s own father described one of his son’s works using the words: “Your work is shit”, and Manzoni took him up on that!

We are now traveling forward to the 1990s, when a collective of British artists YBA (for Young British Artists), including Damien Hirts, came up with a mind-blowing art installation called “A Thousand Years”. Why is it mind-blowing? Let’s just stay it consist of glass chambers with a cow’s chopped-off head placed inside on them, above which hangs an electric mosquito killer lamp and flies fly around. The subject of death is one of Hirst’s principal motives. The flies feed on the cow, only to then burn in the light of the lamp, giving us a somewhat gore but none the less apt depiction of the cycle of life and death. In the same vein, albeit less shocking but certainly surprising, is Tracey Emin’s (also a member of the YBA) “My bed” which represents, quite simply, the artist’s bed.

Our last stop concerns two artworks by Maurizio Cattelan. His “America”, a toilet bowl covered with real gold, has been interpreted in a variety of ways – from the obvious reference to Duchamp’s “Fountain”, through references to politics and politicians, all the way to the symbolic take on the American all-out mentality. His second work, “Comedian”, shows a banana – a quite familiar fruit in the art world – taped to the wall with duct tape. This is an example of conceptual art, where the artist searches for an idea to make a banana sculpture, only to come to the conclusion that nothing can represent a banana better than the banana itself. Well, how can you argue with that? Conceptual art is all about the idea and an idea, so it doesn’t really matter that the banana will inevitably spoil. It can always be replaced with another banana and the work will stay as relevant.

So, is everything an artist does art? It’s up to us to decide. One thing, however, remains certain: art is supposed to push you to think and encourage you to ask challenging questions. And these examples, despite being shocking or exactly because they are shocking, certainly do well at promoting social dialogue.