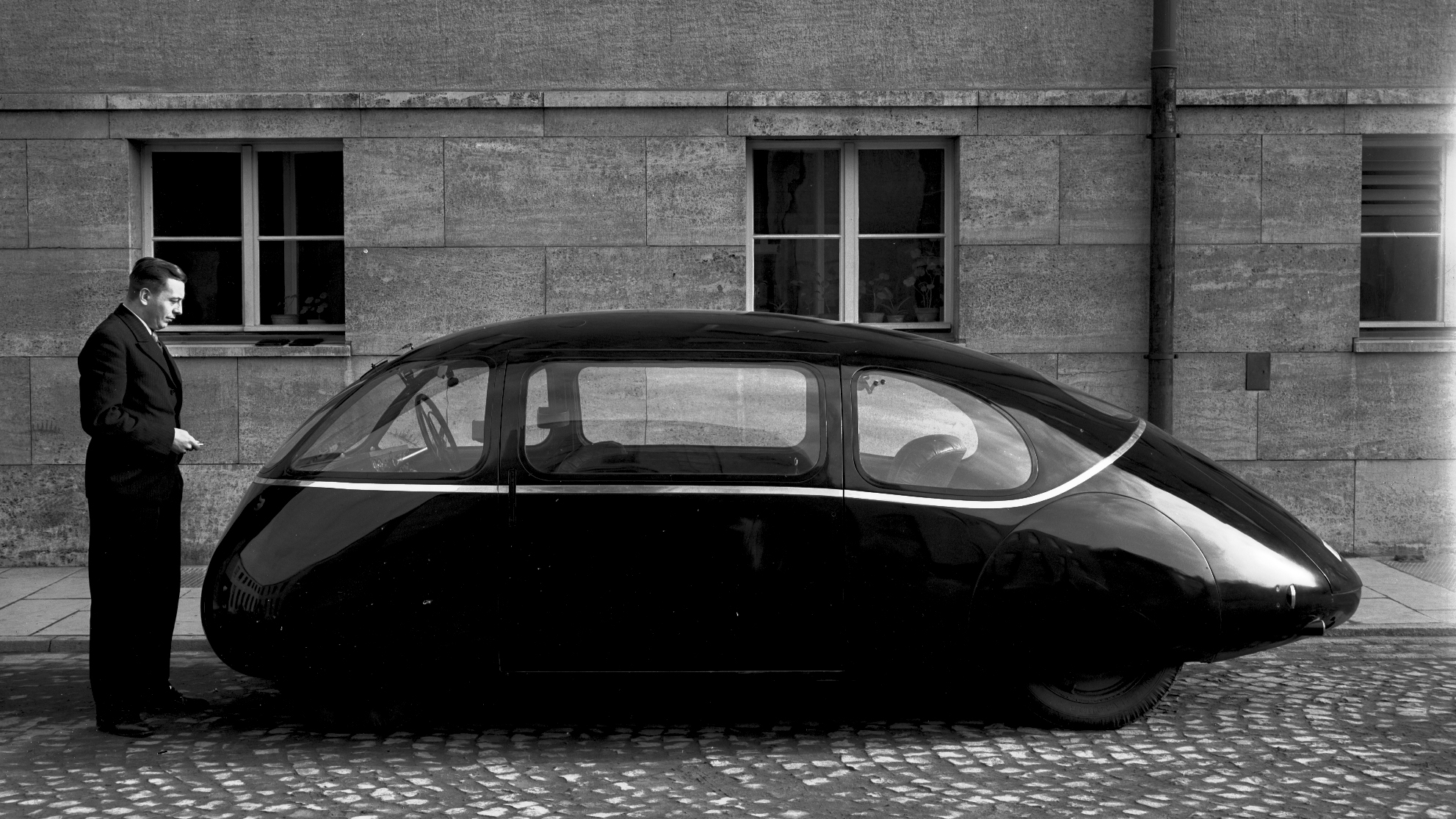 The 1920s and 1930s were the time when Art Déco was in full swing. After World War I, bold decorative forms based on geometric figures begin to emerge in European and American  architecture and design. Glazing, gilding and mirrors in the interiors were breathtaking. This excess couldn’t but spill over to entertainment and light (as perfectly captured in The Great Gatsby), with optimism about the future dominating the public mood. But then came the Great Depression of late 1920s, forcing companies out of business and people out of work, and the approach to architecture and design suddenly changed. Ornamentation was limited to a necessary minimum, and decorative art – mostly abandoned.

It would seem that buildings and everyday objects would become uninteresting and boring, too. Nothing could be further from the truth! The interwar period was the time of the motor industry boom. Anything from cars, ultra-fast trains (dubbed Luxtorpedas in Poland), to planes and airships were in vogue design-wise. Machines, both flying and not, were had aerodynamic shapes with strongly elongated and horizontal forms. The age of machines and the rush to modernity meant that the geometric aesthetics of Art Déco gave way to Streamline Moderne, with ergonomic forms become omnipresent – from architecture to household items.

Looking at these buildings now, it wouldn’t be too much of an exaggeration to say that they bear strong resemblance to large ships. In fact, this comparison is no coincidence, as architects at the time were largely inspired by civil constructions such as bridges or even ships. It is therefore chrome, silver and shiny finish with streamlined shapes that the car industry and the architecture of the Streamline Moderne period have in common.

Bet enough about buildings, ships and cars. Let’s look instead at the design of everyday objects that were used in those days. Some of them are real gems that make you want to stare at them for hours. Despite being devoid of decorative elements, their peculiar shapes often make it difficult to guess their purpose right away, as the streamlined forms tend to blur the boundaries separating individual components.

A good example is the bright blue disc radio designed by Walter Dorwin Teague. Although the design is indeed sober as far as design, its avant-garde form makes it one of the most eye-catching radio models ever made! Even items as minuscule as lighters could be true masterpieces, with the one designed by Louis Aranson resembling a ship or a locomotive. But it’s not like we have cross the Atlantic to be able to admire all that. Here in Poland we have Julia Keilowa, an industrial designer whose sugar bowl “Kula” is a delightful example of the Streamline style. The only question is: how can one ever cut down on sugar with a bowl like this?

Unbelievably almost, the aesthetics prevailing at that time influenced the designs not only of our furniture and plates, but also appliances such as toasters and vacuum cleaners. Everything from buildings and trains to chairs and lighters was a tribute to modernity and the firmly held belief that the Machine Age would walk us into a better future.