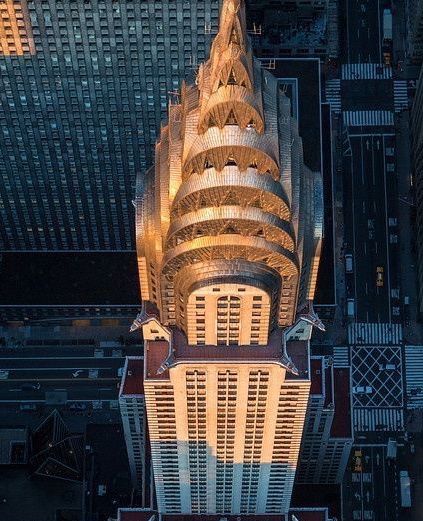 Sex, friendship, fashion, and New York: these are probably the best adjectives to describe the plot of Sex and the City, a cult TV show whose return to the screen has been generating a lot of media buzz lately. Although the love affairs of four female friends in a big city already sound interesting, we are even more delighted with the atmosphere of the title city. Today we’re going to explore New York Carrie-style, though she’d probably do that tour in Manolo Blahnik heels, a copy of the Times tucked under her arm, and an aromatic Starbucks coffee in her hand.

“Once upon a long time ago, there was an island. Some Dutch, some Indians, and some beads. And those beads led to steamboats and skyscrapers; Wall Street and electric lights; newspapers, Ellis Island, the Yankees, Central Park and the first World’s Fair, Broadway, the Chrysler Building, and Studio 54… ”. This is the opening line from the second movie sequel to the TV series. But how true is that statement? In the seventeenth century, what we now call New York City was called New Amsterdam, and where skyscrapers now stand was an important Dutch beaver-fur trade hub. The city grew rapidly, to turn in the following centuries into a somewhat utopian destination for immigrants from all over the world. People flocked, the city grew, new investments emerged, and the architectural fabric of the city didn’t remain indifferent, with New York City becoming an inspiration for artists and an important background for their creations.

What role does New York play in Sex and the City? The protagonists, as befits fashion aficionados, often visit the famous Fifth Avenue, filled to the brim with designer stores, or stop by high-end restaurants surrounding the historic Plaza Hotel. On the same street we find the monumental New York Library, where Carrie once planned her big wedding. A morning run? In downtown Manhattan, of course, among the greenery of Central Park. When the friends are invited to a vernissage, they head to the SoHo district, known for its artsy aura. And when they feel like seeing a play, they go to Broadway, unmistakably illuminated with neon signs and advertisements.

Although it may not seem like it, this eight-million-people metropolis has no shortage of green oases, such as Bryant Park, which has for many years hosted the New York Fashion Week shows. New York consists of five boroughs spread over three islands, which is why bridges, such as the iconic Brooklyn Bridge, are so important in the city. For most, the Big Apple immediately brings to mind a forest of skyscrapers at whose feet yellow taxis incessantly come and go. In Sex and the City, we can see the renowned Art Deco monument, the Empire State Building, but also the vertigo-provoking World Trade Center twin towers. And it is precisely these towers that make us realize how far apart the New York of Carrie and friends and the New York of today are.

The city, its atmosphere and its architecture accompany us every day. But they can also serve as an artistic background, a source of inspiration, a safe haven, and last but not least, a souvenir and a symbol preserved in the series about four friends who share a love for fashion, city life, and sex.