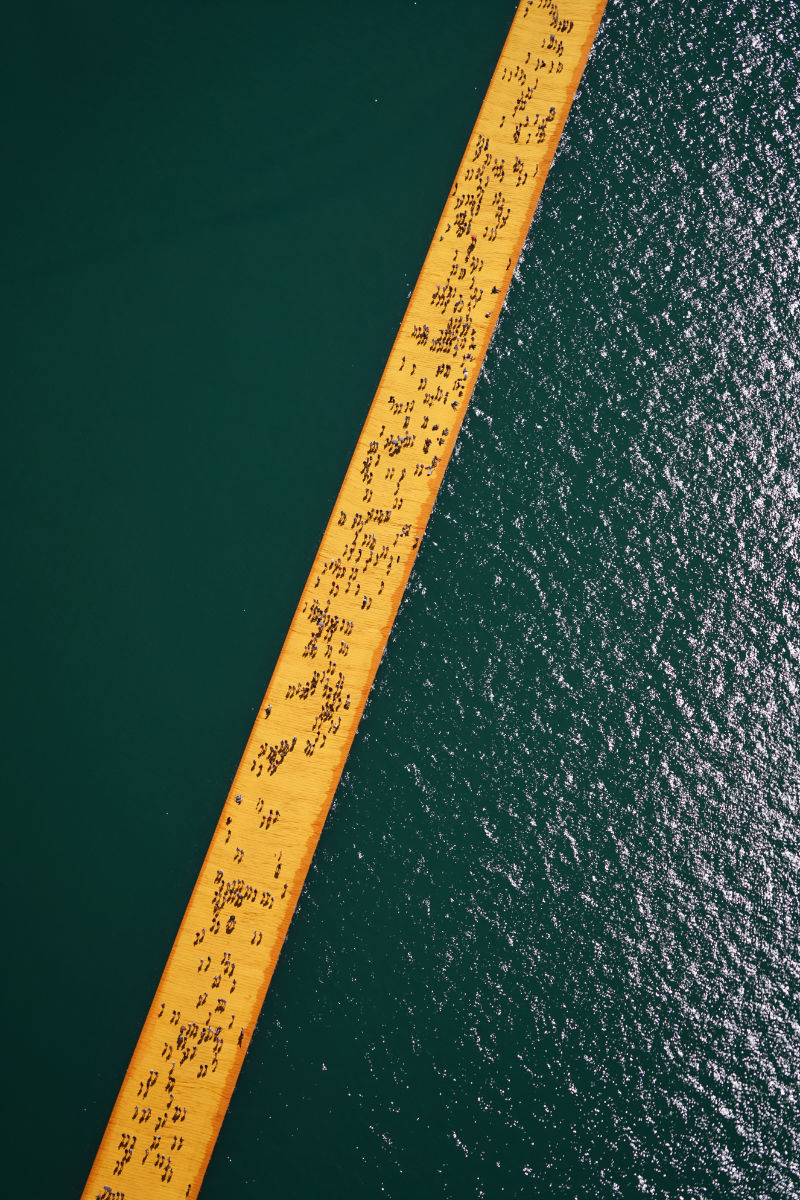 There is something magical about unwrapping gifts. The aura of mystery and excitement make us want to quickly untie the ribbon and find out what the decorated paper hides. Christo Vladimirov Javacheff and Jeanne-Claude Marie Denat went on to master the art of wrapping to perfection. And not just gifts, but entire buildings, trees, or even rock formations.

An artist of Bulgarian origin meets his future wife in 1958 while studying in Paris. The couple doesn’t take long to tie the knot and begins not only to live together but also to work together under the artistic names of Christo and Jeanne-Claude, respectively. Their works are a real magnet for adjectives, having been called, among many others: groundbreaking, controversial, mysterious, and most notably, spectacular. Because how else can we call putting a canvas over a building, and not just any building but the German Parliament in Berlin?

The Reichstag is not the only piece of infrastructure to have been “wrapped” by the duo. The couple also used the technique of assemblage, consisting precisely in wrapping, packaging or covering objects, for other landmarks such as Pont Neuf, the Aurelian Walls in Rome, and even a part of Australia’s rocky coast.

This is probably when one might ask: what’s the artist’s intention behind all this? Christo believed that wrapping an object, however small or big, draws the viewer’s attention to the true meaning of the thing being wrapped. We perceive the form, we appreciate the shape, and we stop thinking about ornamentation or function. The artists also saw in it a mysterious game with the mass audience; if people rarely visit museums to see art, let art visit them, and whether they like it or not, stand right in front of their eyes. Indeed, a bridge covered in fabric can’t go unnoticed, and since it’s the talk of the town, it must be seen!

But Christo and Jeanne-Claude weren’t all about “hiding” things. Equally important in their work, and often intertwined with assemblage, was land art, that is material installations that interfere with the natural landscape to give it a new meaning. For the artistic duo, nature became not so much a background but a starting point and an active element of their impressive oversized creations.

Jean-Claude passed away in 2009. She was survived by her husband Christo, who died 11 years later, in 2020, in their New York apartment where they had lived since the early 1960s. Their last, unfinished project – the wrapping of the Parisian Arc de Triomphe – is set to be unveiled in autumn this year as a posthumous tribute to the artists. The works of Christo and Jeanne-Cluade were momentary and fleeting but at the same time undeniably spectacular.