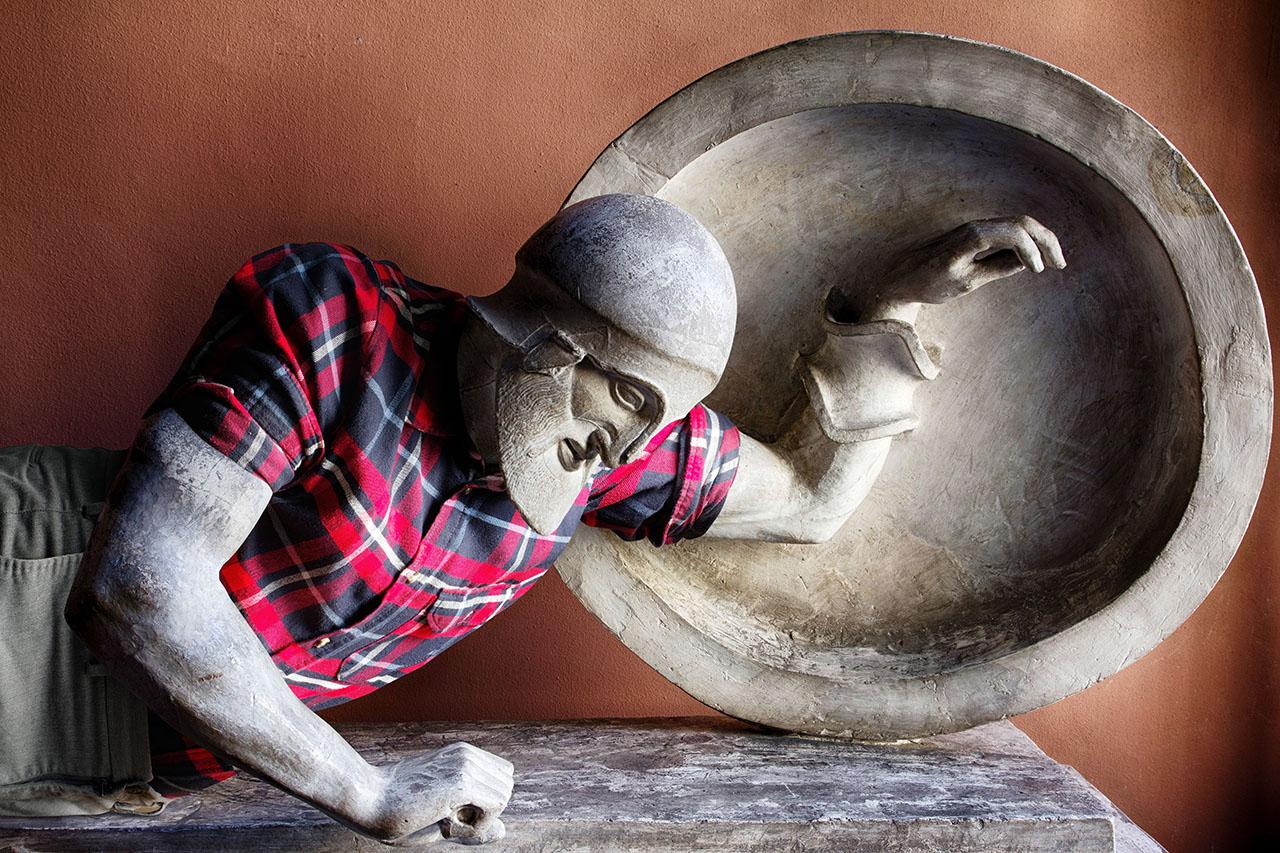 Imagine that instead of articulated dolls you see fashionably dressed antique sculptures in shop windows. There’s Zeus in a baseball cap, Aphrodite in a loose-fitting dress or Apollo in a T-shirt with the name of a popular band. If you can’t quite picture it in your head, we invite you to have a look at the some of the works by French artist Léo Caillard, whose famous series “Hipster in Stone” dresses up antique sculptures from the Louvre collection in everyday clothes inspired by hipster fashion.

Although it may seem like an odd artistic choice to try and combine something as sophisticated as ancient culture with the popular culture of today, a closer look at these dolled-up sculptures shows that there is method to this madness. Well-groomed, bearded men with athletic bodies – after all, it applies as much to ancient gods as it does to modern hipsters. Léo Caillard’s art revives a good old cliché that, despite the passage of years, decades and centuries, people still have the exact same ideals and face the exact same problems.

As a result, ancient statues, which were merely a relic of the distant past in museum halls, a testimony to a past long gone, now feel much closer to us. By replacing the chiton with jeans and a T-shirt, a man, in whom we saw a historical figure rather than a creature of flesh and blood, suddenly springs to life and becomes one of us: another human being dealing with the same trials and tribulations as we do. It’s truly incredible that fashionable clothes embedded in the right context can be so thought-provoking!

Another example of an ingenious approach to ancient motifs is the series “Heroes of Stone” whose main theme is the sculptures of modern superheroes such as Superman, Spider-Man, Batman or Wonder Woman carved as ancient busts commemorating omnipotent deities. Similarities between the ancient gods and the heroes of comics and superhero films – not so much in appearance, of course, but in their magical powers – can hardly go unnoticed, which is yet another proof of how closely linked we are to our ancient ancestors.

Antiquity is the cradle of European civilization and a truly remarkable era, which is why it’s no wonder that Léo Caillard is eagerly inspired by it. In his latest works, he plays with the viewer’s sense of perception, as clearly demonstrated in his series “Wave Stone”. Ancient sculptures and busts ripple and spin in front of our eyes in defiance of common sense. We look at hard marble and yet it looks like a blurred water reflection!

Léo Caillard sheds a whole new light on ancient culture and contemporary art, showing us how much modern society and the people of ancient Greece and Rome have in common. We’re centuries apart and we still grapple with similar problems, and by the same token, art remains to this day the best medium to capture that sense of timelessness!