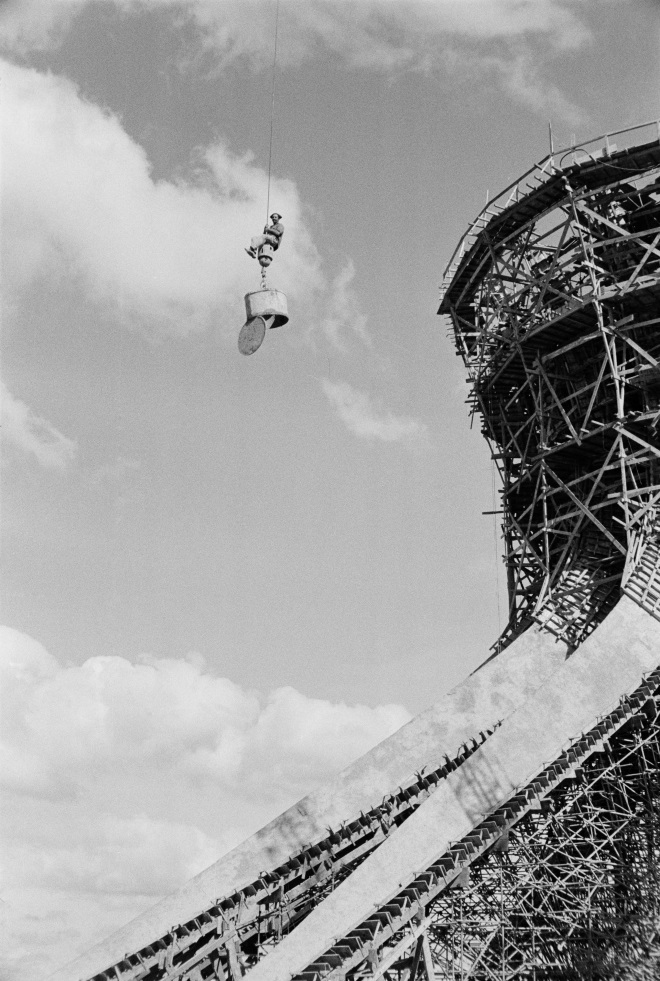 Rome wasn’t built in a day, as the famous saying goes. In fact, most metropoles are the product of several hundred years of technological, social and cultural transformations. Having said that, advances in the modern world prove that what just a decade ago was a desert stretching beyond the horizon can now be one of the most cutting-edge cities in the world. Although the examples abound, below we are going to look into three such cities, each built on a different continent, in a different decade of the twentieth century, and with a different purpose. What they all have in common, however, is the fact that they came into existence in the blink of an eye, more like SimCity inventions rather than real-world undertakings.

Gdynia, once a fishing village, went from being Europe’s most modern port in the 1930s to a gem of modernist architecture nowadays. After regaining independence in 1918, Poland did not have a single port, which was a huge economic and military headache. And so, it didn’t take long before the works on the country’s new coastal showcase town hit the ground running. The first bricks were laid in 1921 and only two years later Gdynia’s temporary port was operative. Soon, a fishing, military and passenger port ensued, and so did a shipyard. Gdynia, which was awarded city rights already in 1926, became Poland’s window to the world in the interwar period. In parallel with the construction of the port, a truly modern city was emerging, marked by elegant architecture and rich cultural and educational facilities, which attracted not only new residents but also crowds of tourists.

Las Vegas – a city that needs no introduction, globally famous for its glitz, round-the-clock entertainment, and bold, occasionally kitschy architecture. Incredibly, this small settlement had just 22 inhabitants in the early twentieth century. One might ask: what happened that this mining town grew to become a true gold mine in such a short period of time? When gambling was legalized in 1931, Las Vegas, as a railroad hub located next to the largest artificial lake in the country, became an attractive place to build casinos, hotels and other temples of human pleasure. New buildings started to crop up as if by magic, and their forms and shapes were meant, more than anything else, to outclass the competition. When other U.S. states were tightening their casino laws in the 1950s, Vegas flourished. But it wasn’t until 1989 and the opening of the iconic The Mirage when the neon city hosting its own Eiffel Tower, Sphinx and other spectacular creations really took off. Since then, the urban landscape of Vegas has been dominated by a peculiar aesthetic, where everything should look rich, ooze with gold and splendor, and most importantly, amaze, even if it often means walking a thin line between fancy and kitsch.

Brasília – a modern capital, an election promise, and last but not least, a city gone haywire. When the then-president of Brazil, Juscelino Kubitschek, made official in 1955 the decision to build a new capital, many details were already anticipated. First, the seat of the state was to be moved from the tourist city of Rio de Janeiro into the interior, partly as a nod to poorer regions. Second, the new metropolis was to be truly global and modern in the broadest sense of the word. Third, and most importantly perhaps, all this was to be achieved within just five years. As envisaged by the project’s chief architects Lúcio Costa and Oscar Niemeyer, the layout of the city was conceived to resemble a condor with outstretched wings, where each area of public life was confined to a strictly outlined zone. Add to this that the transit routes were adapted mainly to the motorized part of the population, what we get is a city that’s as architecturally charming as it is dysfunctional in terms of urban design.