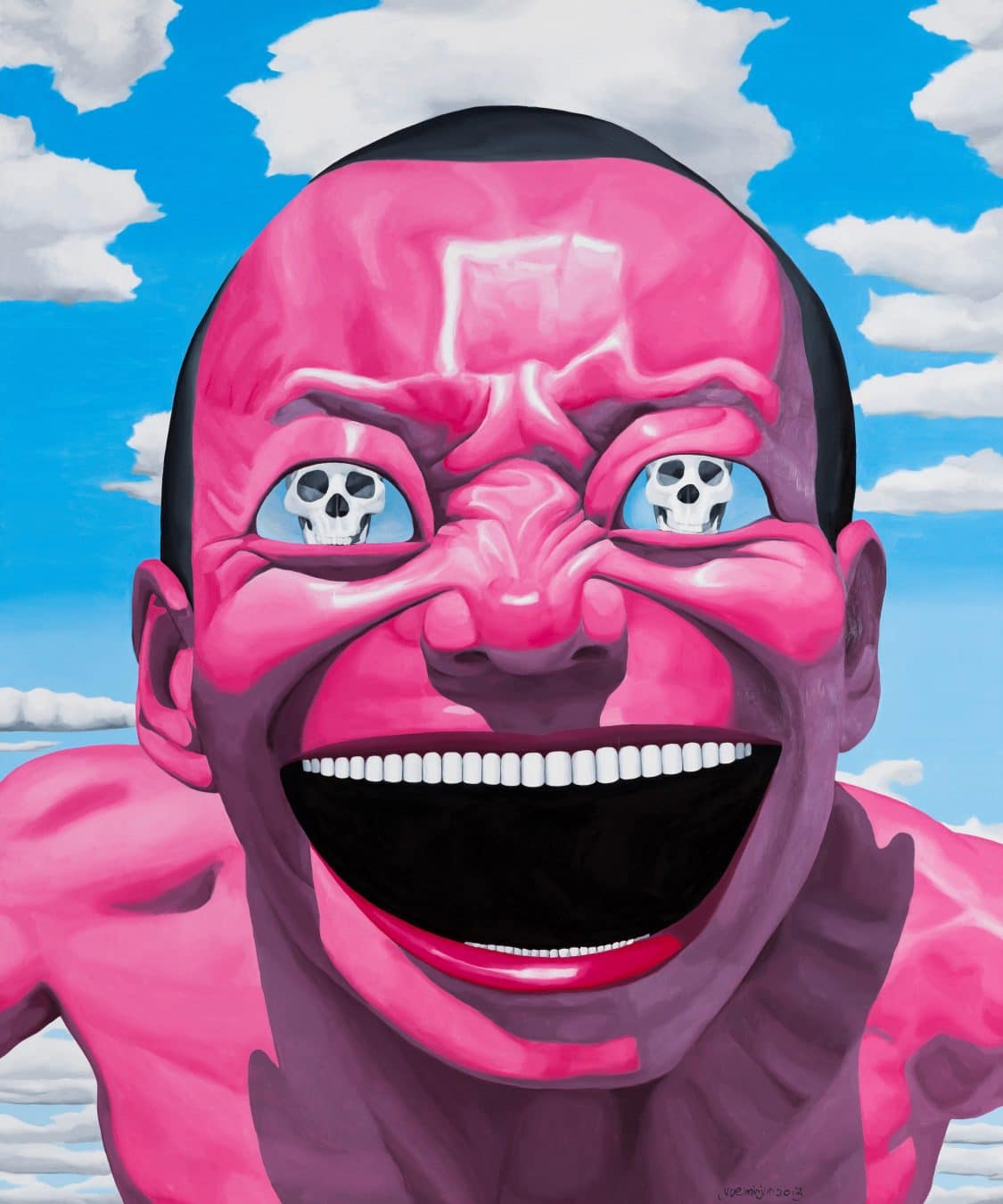 Can someone’s laughing face give you the creeps? Can a grin from ear to ear make you feel uneasy? A quick glimpse at canvases by Yue Minjun – one of the leading figures in the contemporary art world  – is enough to answer ‘yes’ to both. So why are the people in his paintings laughing so hysterically, and is their laughter really an expression of joy and amusement?

The kind of art Yue Minjun creates is far from obvious. In fact, lack of literality is common among many contemporary Chinese artists. Allusions, complicated and convoluted symbolics, and surrealist depictions – each of these artistic strategies can be likened to a smoke screen, concealing the artists’ true intentions. It protects them from facing serious repercussions, as critiquing the regime is virtually forbidden and political dissidents in the PRC risk persecution and imprisonment.

His work is often included under Cynical Realism – a forceful movement that emerged in China as a reaction to the socio-political turmoil of 1989 and the Tiananmen Square massacre of anti-regime protesters. However, Minjun refuses labelling and simple categorizations; he sees his art as universal, not confined to the genres of political commentary and satire.

This universal dimension is clearly visible in his works that unapologetically reference the masterpieces of European painting. There’s a version of Manet’s Luncheon on the Grass, another picture where he inserts himself into one of Ingres’ iconic female portraits, and even occasions where he models his alter ego as the resurrected Christ. While the pieces of art he quotes on his canvases change like a kaleidoscope, all of them share a common denominator of a laughing man.

Who is he and why does his laughter not feel joyful at all? Behind the pink-skinned face and teeth-baring grin is the artist himself. His artificial, forced smile seems to be an expression of helplessness and bitterness. It appears as a last resort in a difficult situation that cannot be changed. His laughter reveals the absurdity of political regimes and the bloody chapters of human history. But the grinning Minjun appearing on famous Western paintings also draws our attention to how laughable the old conventions of art and composition seem today. By doing so, he challenges our perception of these cult masterpieces.

Minjun laughter carries a cathartic, transformative power. If a single person laughs maniacally out of helplessness, they’re alone. However, if more people find the same situation absurd, together they stand a chance of changing what was previously deemed immutable.