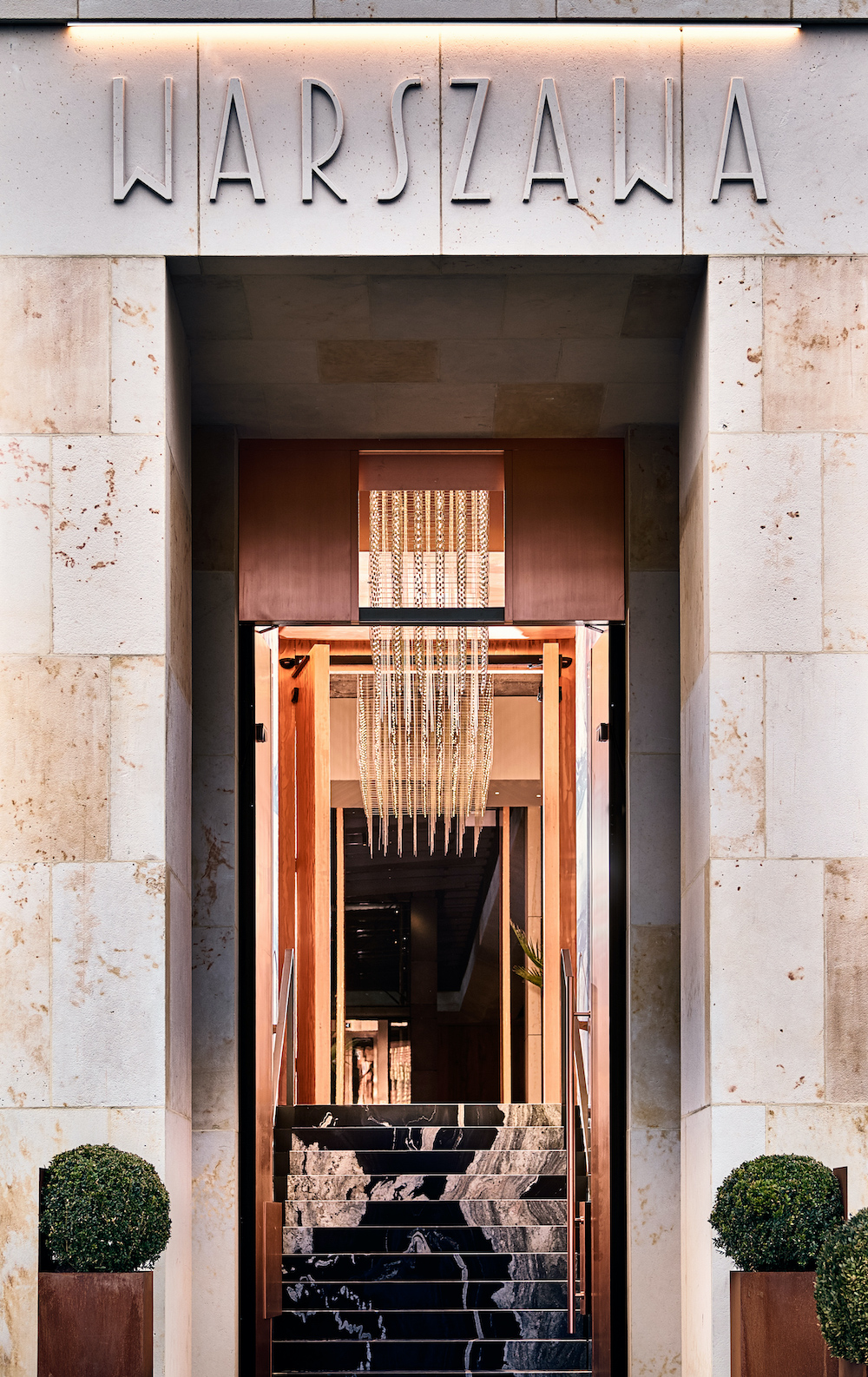 Who hasn’t ever daydreamt about time travel? If it were really possible, where would you like the time machine to transport you? In our case, it would be the Interwar period in Warsaw, on the 2nd of June 1934. However, rather than an ordinary stroll through the city, we would take a tour of the seventeen floors of the newly built Prudential Insurance Company building – one of the first skyscrapers in the Polish capital

When its construction began in 1931, it caused a stir among Warsaw’s architects and urbanists. As funny as it may sound today, the building – intended as a base for the British insurance company – was heavily criticised for its overly modern American design, clashing with the more traditional architecture of the Old Town. Moreover, measuring 66 meters, Prudential’s towering silhouette was impossible to overlook, and it instantly dominated Warsaw’s cityscape.

Now back to our tour. A walk through the copper doors would lead us to a sophisticated, marble interior in Art Deco style. If we were Prudential’s clients, we would only have access to the first five stories of the building, home to the company’s offices. So what was located on the remaining levels? Well, if we were one of Prudential’s senior executives, we could be living in the company housing on the 6th floor. However, if we were part of the capital’s social elite, we could find ourselves with the city at our feet, for the remaining levels were designed as luxurious 240-square meter apartments for the wealthy socialites.

Unfortunately, the Second World War put an end to the building’s former glory. Despite sustaining severe artillery damage, Prudential survived the occupation and stood in ruin as an ominous reminder of the horrors of war until 1954, when it was rebuilt according to a new design by its original creator – Marcin Weinfeld.

This new era brought about a new esthetic and a new purpose. The former office building was rebuilt and reopened as Hotel Warszawa in Socialist Realist style. During the remodelling, the minimalist facade was given a Socialist-style column portico. In 2002, the outdated hotel was closed down, and the former Prudential building became a miserable relic of a bygone era rather than the capital’s landmark.

But 2010 marks a new chapter in its turbulent history. The building was purchased by the Likus group – a family-owned business group renowned for their successful adaptations of historic properties across the country into luxurious hotels. Having undergone major renovations, Hotel Warszawa reopened its doors in 2018. Now, it welcomes guests with its sophisticated 1930s-style interiors, decorated with graphic works by Marianna Stuhr.

If we stand in front of the Prudential building today, there’s nothing to remind us of its devastating past. Just like before the war, when the building was a time machine transporting people into the future thanks to its modern Westernized aesthetic, nowadays it takes us on a sentimental journey back in time to one of the most beautiful periods in Warsaw’s architectural history.

5. Picture by author of the article