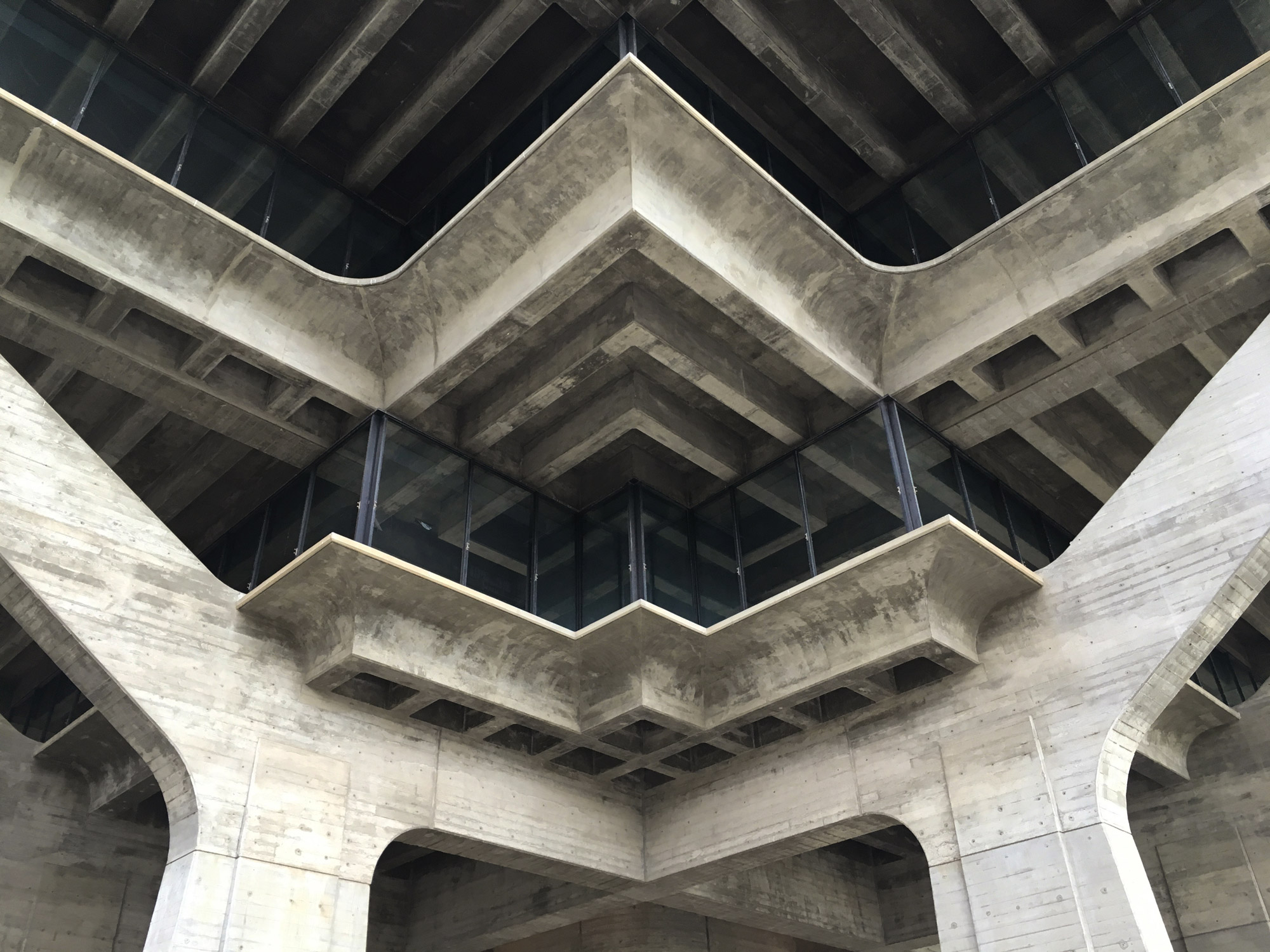 The “less is more” principle guides the lives of a constantly growing number of people around the world. Does it have an architectural counterpart? Raw concrete surfaces, contrasting textures and materials, and steel structure elements turned into decoration features —  what may sound like a description of an abandoned construction site is in fact a list of defining features of the brutalist style in architecture.

The foundation of the brutalist movement was laid by the architect Charles Le Corbusier who in his projects seeked authenticity and truth above all. He found them in the simplicity of form and, in particular, in the imperfection of materials. He considered the latter a “uniqueness factor,” similar to the small flaws in people which makes each one of them different and one-of-a-kind. He used a simple, yet descriptive term — beton brut (fr. raw concrete) — to characterise not only the rough, unfinished concrete surfaces, “decorated” by imprints of wooden shuttering, but also the idea behind this new kind of architectural design.

The flourishing of the brutalist movement was a reflection of the post-war reality, which challenged architects to meet the reconstruction demands and ideals of the modern era. The authorities needed low-cost and quick solutions to rebuild bomb-struck cities; and their inhabitants, a space to rediscover their lost identities and communities. Brutalism turned out to be a perfect answer to both.

The first brutalist buildings appeared in the late 1940s, but the movement peaked a few decades later in the late 60s and early 70s. Simple, heavy forms from the early examples of brutalism, such as Unité d’habitation in Marseilles or Secondary Modern School in Hunstanton, evolved over time to become highly expressive and unusual, contrasting with their overall monumentalism and massive scale. One of the most interesting examples embodying this paradox duality is the Geisel Library building on the University of California campus in San Diego, built in 1970.

The widespread availability of concrete and its universal character resulted in brutalism becoming a go-to style for both public housing and institutional buildings. The more adventurous architects didn’t even shy away from applying brutalist forms and raw materials to religious architecture -— a rather risky solution given the well established tradition of using the highest quality materials for sacred buildings. Perhaps one of the most striking designs representing this trend is the Metropolitan Cathedral of Saint Sebastian in Rio de Janeiro. Examples of high-class brutalist architecture can also be found in Poland. Take the Railway Station in Katowice: it was undoubtedly one of the boldest and most forward-thinking brutalist designs in the country, yet a few years ago it lost a one-sided fight with the growing modernisation and commercialisation needs. The debate surrounding its demolishing and rebuilding plans brought to the public eye the non-obvious beauty of this iconic, yet polarising style.

The brutalist approach to architecture challenged the preexisting notions of its role in peoples’ lives and their aesthetic needs. Even though the sun set on the movement nearly half a century ago, its legacy is still visible in more contemporary designs, for it adequately addresses the modern society’s longing for minimalism and return to things simpler and purer.