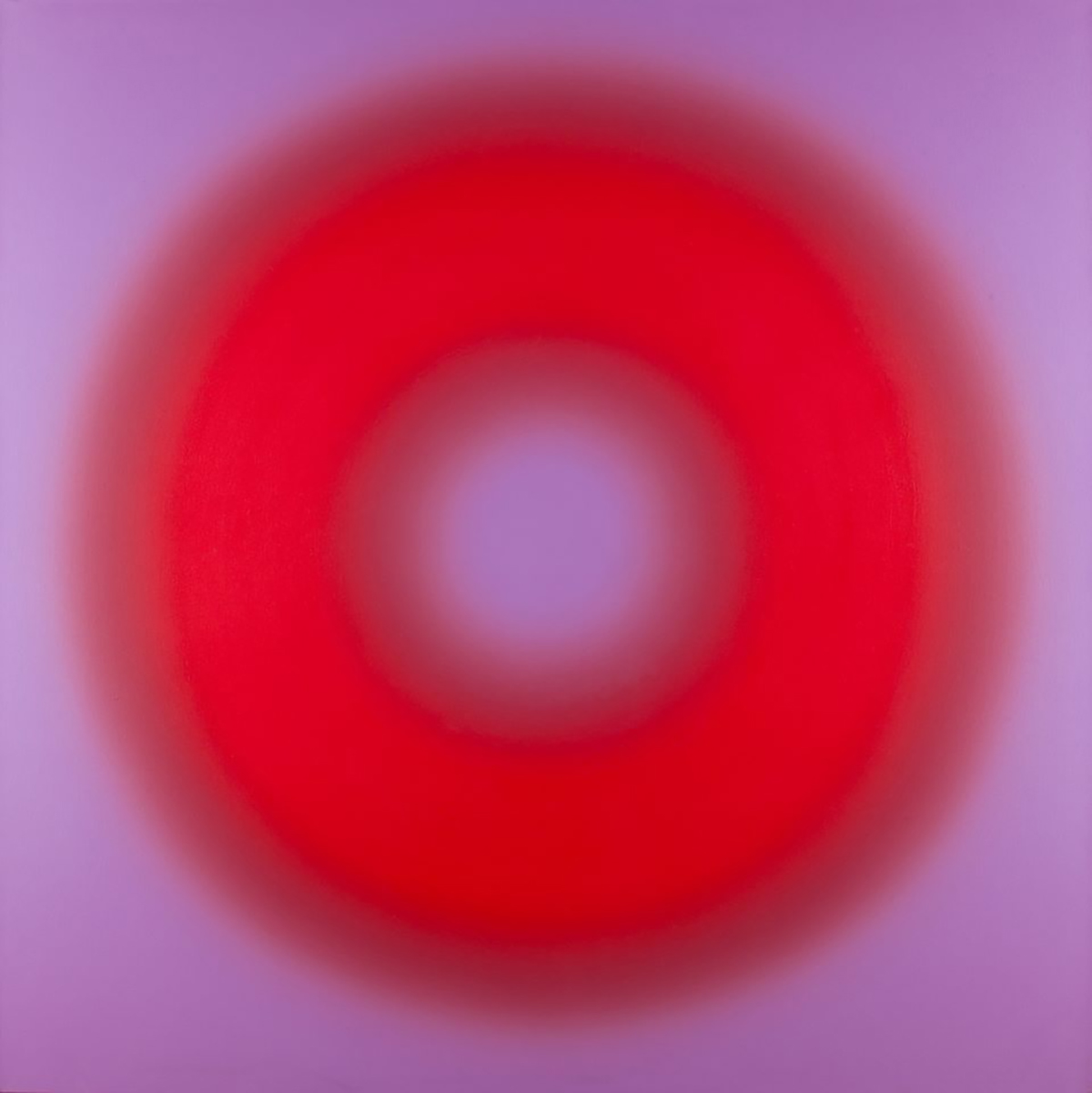 Wojciech Fangor was undoubtedly one of the brightest shining stars in the firmament of Polish art — pun intended. The artist was notorious for his interest in the cosmos and astronomy and was enthralled by the ever-changing display of celestial bodies in the night sky. Playing with the focus of telescopic lenses would turn stars and planets into trembling shapes with blurry, undefined contours. Such are the ones we see in Fangor’s paintings.

What else should you know about the artist himself? In 1965 his paintings were featured in The Responsive Eye exhibition at MoMA and five years later he became the first, and to this day, the only Polish artist to have a solo show in New York City’s Guggenheim. Ironically, in his motherland, it wasn’t until the beginning of the 21st century that he gained widespread recognition as his paintings began trending at art auctions around the world. On November 29th 2018, his composition M39 fetched an astounding 4 000 000 PLN. Not long after, on October 13th 2020, another one of his paintings, M61, was sold for an equally impressive price of 2 300 000 PLN.

One could say, Fangor’s paintings are nothing but just another example of the popular op-art movement, simply stimulating the viewers with skillful optical illusions. Yet Fangor’s art is more than meets the eye. His compositions seem to transcend their own two-dimensionality and create an elusive connection between the painting and the viewers — reaching out to and drawing them in at the same time.

One could also say: Fangor’s paintings are just circles, surely anyone could do that? However, under close examination, his canvases reveal a perfect sleekness, without a single visible brushstroke. The carefully blended colours seem to glisten. Fangor’s mastery of paint application and imperceptible transition between light and dark tones, known as sfumato, leave no doubt this is the work of a first-class artist.

I encourage us to stand in front of one of his paintings and slowly take it in. Though we won’t see a stampede of horses like in Józef Chełmoński’s works or an equally exciting entanglement of bodies from one of Hieronymus Bosch’s compositions, Fangor’s painting is bound to mesmerise us. The circles will begin to pulse, vibrate, and shimmer — and before we know it, we will be completely under their spell.

We will get to experience what it really means to live in the moment, for our minds are completely focussed on the shapes in front, temporarily unaware of the world around. I encourage us to take a deep breath, press pause and see what happens, when we let art speak to us.

All the paintings shown belong to the Muzeum Sztuki in Łódź and the National Museum in Kraków.